Menu
Home Columns One man’s meat should be another man’s tolerance but…..
Columns

One man’s meat should be another man’s tolerance but….. 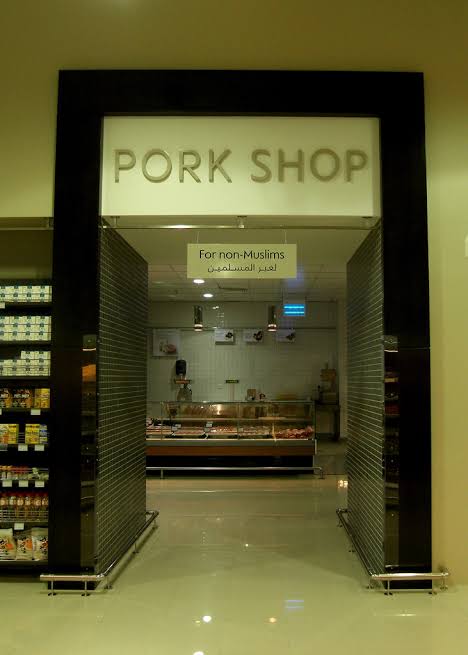 Here we are in Dubai at the United Arab Emirates (UAE) which borders Oman and Saudi Arabia.

With maritime borders in the Persian Gulf with Qatar and Iran, the UAE, “is an elective monarchy formed from a federation of seven emirates, consisting of Abu Dhabi (the federal capital), Ajman, Dubai, Fujairah, Ras Al Khaimah, Sharjah and Umm Al Quwain. Each emirate is governed by a Sheikh and, together, they form the Federal Supreme Council.”

What lesson is there for us from UAE where Islam is the official religion?

Since we are an officially secular nation, no Nigerian can claim to be more Arab than any Emirati. But if there should be grazing reserves and cattle trails everywhere in Nigeria shouldn’t there be piggeries all over our nation also?

Only that those that require such must be as audacious as Miyetti Allah.

As Frederick Douglass (1818-1895) would say, “Power concedes nothing without a demand. It never did and it never will.”

Now, permit me to briefly digress.

In the October 25, 2020 edition of Vanguard newspaper, Debo Shobowale in his, “Frankly Speaking” column wrote in retrospect;

“Acting President Osinbajo had staggered into Lagos when Buhari was ill in London and had ordered the articulated vehicles blocking the Apapa port area and Eko Bridge to leave in 72 hours.

Two days after, I was in one of several hundred vehicles stuck in a standstill at the Ijora/Lagos Exchange on account of the vehicles which were still there.

Two young men had gone to the point where two trailer drivers were arguing about right of parking and blocking the rest of us. One of the young men then angrily asked: ‘When are you people leaving, the VP gave you 72 hours to leave this place?’

‘Who is Osinbajo?’ the driver of a famous company’s vehicle asked in reply. And, for good measure, he added, ‘Osinbajo cannot order us to leave, only Aliko (Dangote) can tell us to leave.'”

Simply put, only those that matter can give orders. That is the moral in the young driver’s audacity at Apapa.

“Northern officers were uninterested in a return to a southern-led military government and refused to co-operate with or accept the leadership of Brigadier Ogundipe, or any southern Officer.

In a much-publicized incident, the limit came for the Brigadier when a northern sergeant quipped to him: ‘I do not take orders from you until my (northern) captain comes.’  The captain to whom the sergeant was referring was Captain (later Major General) Joseph Nanven Garba.”

As Chief of Staff, Supreme Headquarters and Major General Aguiyi Ironsi’s number two, Ogundipe who enlisted in 1941 was the most senior surviving southern officer after the counter coup of July 29, 1966. He was expected to step up to fill the leadership vacuum.

Instead, he fled and while on exile was nevertheless appointed as Nigeria’s High Commissioner to the Court of James in the United Kingdom by Lt-Colonel Yakubu Gowon that enlisted in 1954.

One man’s meat should be another man’s tolerance but let us reflect on two home truths.

First, by Jude Obuseh in, “Why the North Dominates the South” as posted on October 4, 2021;

“Unlike their northern counterparts who come to office with clear-cut blueprints of what they wish to achieve during their stints, southern politicians come to power unprepared. That is what sets northern leaders apart from their southern counterparts, and accounts for their seeming dominance of the country’s political space.

Rather than unite to forge a common, unbreakable front to countervail the north’s hegemony, southern groups, especially the Igbo and Yoruba, have tended to cancel one another out by allying with the north during political contests.

The north dominates the political space because it has had willing aiders and abettors from the south, henpecks and fifth columnists who pose as their people’s representatives, but are in fact sniveling traitors and murderous backstabbers.

Northern domination would not be possible without the tacit support of southern collaborators.

The North dominates the country’s politics because its elite understand the dynamics and value of power much better that their southern counterparts who are only interested in the accouterments of power,”

Second, is the critical evaluation by the Catholic Bishop of Oyo, Emmanuel Badejo who in October, 2017 declared;

“I believe that Muslims have an Islamisation agenda, and they have a right to have it. It’s part of Islam to Islamise; is it not part of our own programme too to evangelise?

Do Christians have a Christianisation agenda? Yes, I hope so and we have a right to have it. The Muslims are pursuing an agenda; why are we not pursuing ours?

Nigeria, for many many years, had a larger number of Christians in power. We failed when we should have worked, and that even now, instead of trying to catch up on our lapses, we’re busy pointing fingers.

Christians are not an insignificant population in Nigeria. The next question to ask is: what kind of Christians? A large part of Christians today are Christians in name, who pursue power, position, privileges. That’s not Christianity.

We have not yet done research on how much damage prosperity gospel has done to the psyche of Christianity in our country.

I come in peace.

Prepare your handover note, Nigerians want you out of govt quickly – PDP to APC