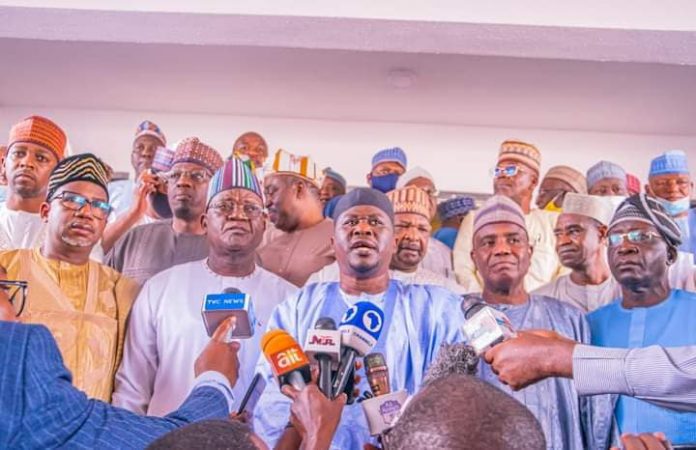 Iyorchia Ayu, a former Senate president, has emerged as the consensus national chairmanship candidate of the Peoples Democratic Party (PDP) ahead of its October 31 national elective convention.

Ayu, from Benue State, emerged after a series of meetings by stakeholders over a 72-hour period.

The former Senate president became the consensus candidate after two other contenders: Ibrahim Shema, a former Katsina State Governor; and Senator Abdul Ningi were reportedly prevailed upon to step down.

The stakeholders meeting earlier scheduled to hold late on Wednesday was postponed till Thursday when it became apparent that the plan by governors to present Ayu as a consensus candidate was in jeopardy.

“The level of mobilization for the meeting was huge and those present were prepared to put the choice to a vote but governors knew this so they postponed the meeting till today,” the Punch quoted a source privy to what transpired at the meeting said.