Biden to meet Kenyan president as US weighs sanctions on Ethiopia 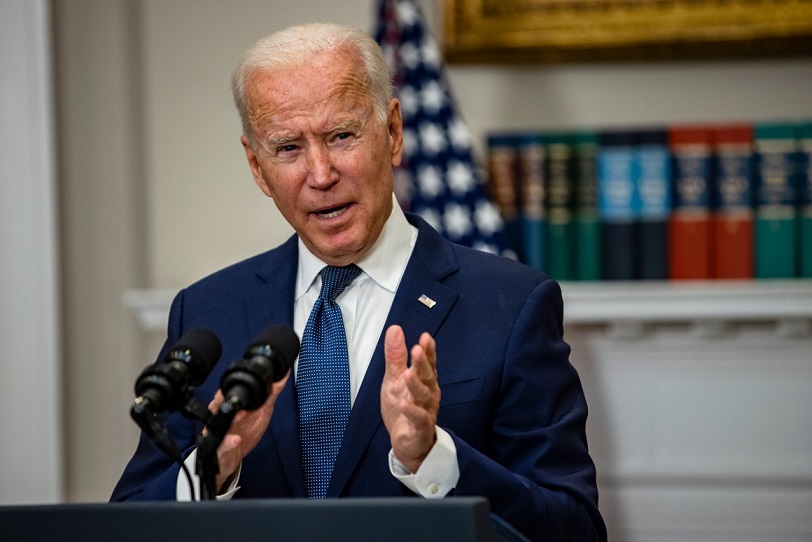 The meeting on Thursday will be Biden’s first one-on-one, in-person talks as president with an African leader.

The Oval Office talks come weeks after Biden signed an executive order threatening to levy sanctions against Ethiopian Prime Minister Abiy Ahmed and other leaders involved in a conflict gripping the Tigray region if steps are not taken soon to wind down the 11-month-old war.

But the situation appears to have only deteriorated on the ground, with Tigray forces saying Ethiopia’s government has launched a long-threatened large military offensive against them in an attempt to end the war.

A statement from the Tigray external affairs office earlier this week alleged that hundreds of thousands of Ethiopian “regular and irregular fighters” launched a coordinated assault on several fronts.

Kenya, which shares a border with Ethiopia, has long had a strong relationship with the US, partnering with Washington in efforts to thwart armed attacks. It also has been relatively vocal among African nations about the war in Ethiopia.

Kenya holds the presidency of the UN Security Council for the month of October. Kenyatta arrived in New York on Sunday to chair a debate in the Council.

Speaking to reporters at the UN on Tuesday, Kenyatta said the two sides in Ethiopia need to come to “a political resolution because we do not believe that there is any military solution”.

The Biden administration is conducting an interagency review as it considers targets for possible sanctions.

The review is, in part, to make certain all agencies are “fully on board” with proposed targets, according to a senior administration official who spoke on the condition of anonymity to discuss the internal deliberations.

The Biden administration has said it would move forward with sanctions quickly if there is not a dramatic shift on the ground.

The UN has warned that hundreds of thousands are living in human-made famine-like conditions as the conflict festers.

With Ethiopia’s government rejecting international “meddling” in its affairs, recent emphasis has been placed on trying to find an African solution to the crisis that has killed thousands.

The White House also said Biden and Kenyatta would discuss “the need to bring transparency and accountability to domestic and international financial systems”.

The meeting comes as the Kenyan leader has faced scrutiny over his and his family’s offshore holdings uncovered in the Pandora Papers.

Kenyatta is one of more than 330 current and former politicians identified as owners of secret accounts unveiled in recent reporting by the International Consortium of Investigative Journalists (ICIJ).

The ICIJ found that as Kenyatta publicly campaigned against corruption, his family stowed away about $30m in offshore wealth.

The Pandora Papers revelations are expected to be brought up during the Oval Office meeting, the administration official said.

President Buhari Directs MDAs to Give Priority to Indigenous Professionals

At least 6 killed, dozens wounded in gunfire near Beirut protest