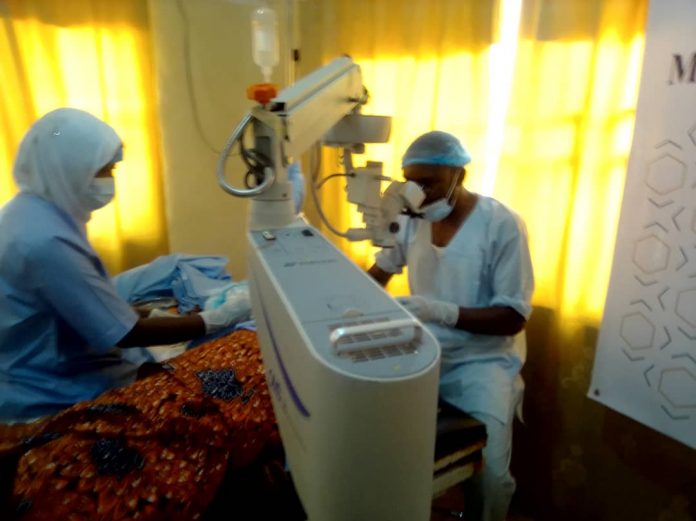 The state coordinator, Tropical disease Mr. Amini Umar Abdurrahman revealed this while fielding questions from newsmen on the outcome of assessment of the exercise.

He explained that, the free eye medical exercise offered by the league included over 700 surgeries, screaming and distribution of other medical consumables.

Mr Umar how ever revealed that, the prevalence of eyes disease in the state comprised Cataract, Glaucoma and itching.

He noted that, in the last six years over 35,000 piety and major eye surgery was conducted free of charge in collaborative with Dangote foundation, Bill and Millinda Gate Foundation and other donor partners.

According to him, the state government has established 7 centers for eye treatment in the state and it is also distributing drugs that could boost the immunity of children and adult against such eye diseases as a preventive measure.

Mr Aminu then reiterated the commitment of the state government to collaborate with donor partners and other stakeholders in tackling blindness and other eye problems in the state.