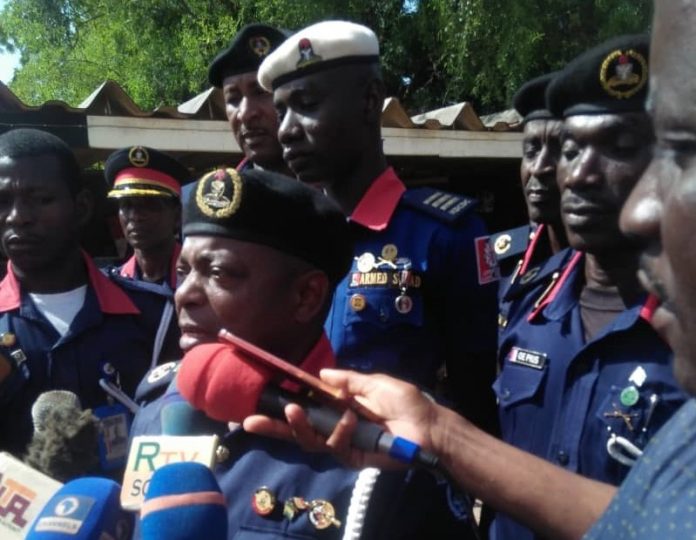 The Nigeria Security and Civil Defence Corps (NSCDC), Sokoto Command has paraded 11 suspected bandits’ informants in the eastern part of the state.

The state Commandant, Muhammad Saleh Dada disclosed this to journalists while parading the suspects in Sokoto.

He said the 11 suspects who were in their custody since the time of their arrest are undergoing interrogation to ascertain their individual level of involvement.

“NSCDC has strategized it’s operations with focus on areas believed to be bandits spots through network tracking method with the support of vigilante groups,” he said.

The command also confirmed the arrest of 2 persons who have been at large in in connection with the attack that took place in Tureta town where 6 people were killed.

Others are Buba Alhaji Garba, Umar Sanda and Nura Alhaji Bello, all the paraded suspects have confessed to participating in one or the other attack that took place in the eastern part of the state.

The Commandant further stated that, the 44 Cows recovered from the suspects are in the custody of Wurno Local Government where they were arrested.