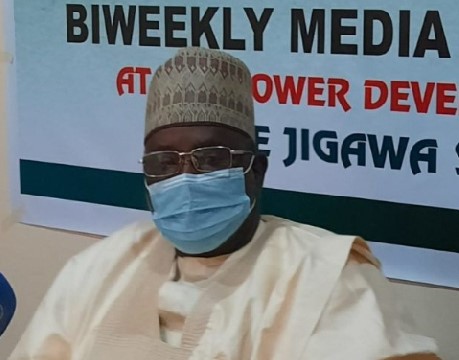 As part of the efforts to improve access to portable drinking water to the masses, Jigawa state government said, it constructed 4,077 hand pumps and 449 brand new solar schemes.

Hannun Giwa explained that, this was achieved in six years administration of governor Muhammad Abubakar Badaru through state ministry of water resources and other parastatals.

According to him, as a result of the concerted efforts made in the sector, Jigawa state now declared second after Lagos State in terms of provision of access and portable drinking water in Nigeria.

He said, within the last six years also the administration of governor Badaru succeeded in converting 2,084 mechanize boreholes to solar water system across the state.

While speaking on, rural water supply, the commissioner said, Jigawa government in collaboration with federal government concluded arrangement to embark on N12 billion water projects in the state.

He then called on the good people of Jigawa to support government’s effort by be vigilant in safeguarding water facilities against the vandals.

While making his remarks, the chairman Jigawa state correspondent chapel, comrade Muhammad Zangina Kura said, the forum will continue to engage both state and non-state actors, including civil societies, Trade Unions, Professionals, Religious and Traditional leaders to account for their stewardship.

He then commended governor Badaru for his commitments to improve the social and economic life of Jigawa citizens, urging other governors to emulate the him in delivering dividends of democracy to their citizens.