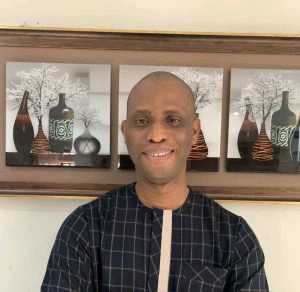 Experienced leader, Dr. Benson Chinedu Olugbuo has joined Center for Civilians in Conflict (CIVIC) as the Country Director for Nigeria and will lead our growing team in the region. He brings more than a decade of experience across the nonprofit, academia, and justice reform sectors.

Prior to CIVIC, Dr. Olugbuo was a Fox International Fellow and Visiting Assistant in Research at the Whitney and Betty MacMillan Center for International and Area Studies at Yale University (2011-2012) and the Anglophone Africa Coordinator for the NGO Coalition for the ICC (2004-2009).

He led the campaign for the ratification and domestic implementation of the Rome Statute of the ICC in Sub-Saharan Africa and participated in the Review Conference of the ICC in 2010.

Most recently, Dr. Olugbuo was the Executive Director of the CLEEN Foundation (formerly known as Centre for Law Enforcement Education) from October 2015 to August 2021.

He has published widely on justice sector reform, international criminal justice, and human rights in Africa.

CIVIC is an international organization dedicated to promoting the protection of civilians in conflict. CIVIC envisions a world in which no civilian is harmed in conflict.

It was established in 2003 by Marla Ruzicka, a young humanitarian who advocated on behalf of civilians affected by the war in Iraq and Afghanistan. Building on her extraordinary legacy, CIVIC now operates in conflict zones throughout the Middle East, Africa, Europe, and South Asia to advance a higher standard of protection for civilians.

CIVIC’s mission is to support communities affected by conflict in their quest for protection and strengthen the resolve and capacity of armed actors to prevent and respond to civilian harm.

The organization believes that parties to armed conflict have a responsibility to prevent and address civilian harm.