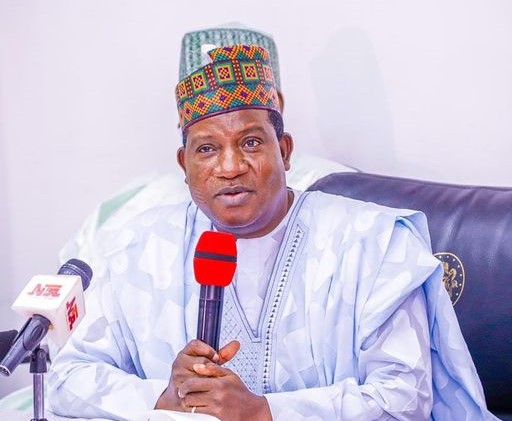 1. It is with a great joy that I address you today on the forthcoming Plateau State Local Government Elections scheduled for this Saturday 9th October 2021. This is a significant step in our democratic journey and the efforts to entrench good governance on the Plateau.

2. You will recall that the Plateau State Independent Electoral Commission (PLASIEC) in May this year, announced plans to conduct elections into the 17 Local Government areas of the state in line with the powers conferred on it by law. This became necessary as the tenure of the existing Local Government Chairmen and Councilors was coming to an end.

3. The announcement was followed up with the unveiling of guidelines and time table for the elections by PLASIEC, which afforded all political parties and their members an opportunity to commence preparations for the elections as scheduled.

4. Five months after, the political parties have successfully produced and fielded candidates for the elections which are set to hold this Saturday in the 325 Wards of the 17 Local Government Areas.

5. PLASIEC has assured all citizens, candidates and political parties of its preparedness to conduct free, fair and transparent elections in line with the constitution and other relevant guidelines. They have also reaffirmed their readiness to deploy its trained personnel and ad-hoc staff to all the polling units to conduct the exercise.

6. Government welcomes this assurance by PLASIEC and hopes that all citizens, political parties and their candidates will cooperate with the electoral umpire to carry out this task in a peaceful, safe and unbiased manner.

7. The PLASIEC has also disclosed that they engaged security agencies at several levels and obtained assurances of adequate deployment of personnel throughout the 325 Wards and 17 LGAs for a hitch-free exercise. This is a welcome development which the Government will complement by ensuring that there is peace before, during and after the elections.

8. I wish to advise all citizens to come out and vote their candidates and parties of choice without any molestation, harassment or intimidation. Security agencies have been directed to provide a safe environment for people to exercise their franchise and determine who represents them at the grassroots level.

9. Those who are bent on causing trouble with a view to disrupting the process or causing pain on the people should be warned to shelve the idea because they will not be allowed to succeed. Government has directed security agencies to deal decisively with anyone who threatens the lives and properties of law-abiding citizens using this election as a cover.

10. While we commend the good people of Plateau State, security agencies, religious and traditional leaders, the civil society, the media, and the Federal Government for their support which enabled us to overcome the recent security breach in the State, we have to be on our guard to ensure that such infractions do not occur again particularly during this elections.

11. I am happy that so far, political parties and their members, as well as other aggrieved citizens have followed the right path of approaching the courts over their grievances to seek redress. The courts have also been up and doing by discharging their duties without fear or favour, affection or ill-will. I commend this action and appeal to all of us to sustain it in the interest of the peace and progress of Plateau State.

12. My dear citizens, elections are neither war nor an avenue for hatred and bitterness. It is an avenue where people express their will and put their confidence on candidates or parties of their choice to lead them at any particular time. We should not allow religious, ethnic or political sentiments to divide us. Plateau belongs to all of us.

13.Therefore, we should avoid over-heating the polity and shun hate speech, fake news and toxic propaganda which only polarizes us and damages our collective aspirations. In any contest, there must be winners and losers. Those who do not succeed today, can emerge victorious tomorrow. Let us work for the unity of our dear State and the progress of the nation.

14. As part of the preparations for a successful conduct of the elections, Government has declared Friday the 8th of October 2021, a work free-day to enable all citizens particularly civil servants go to their voting units to participate.

15. On Election Day, Saturday October 9th 2021, all vehicular movements shall be restricted from 7am to 4pm throughout the 17 Local Government Areas of the State. Only those on essential duties will be allowed to move to their duty posts.

16. I wish all candidates and their political parties the best of luck and urge them to play by the rules of the exercise.

17. God bless Plateau State and the Federal Republic of Nigeria.

NCC disqualifies Nigerians below 18 years from owning a SIM