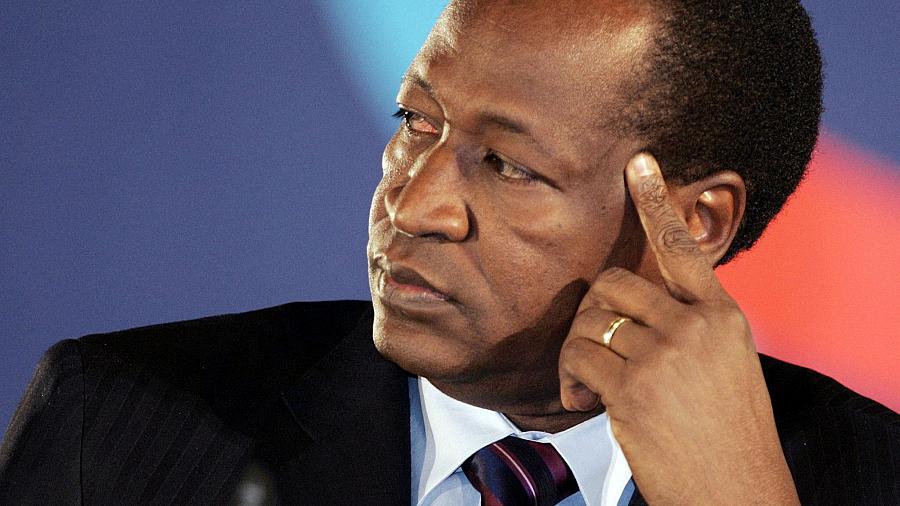 Burkina Faso’s former President Blaise Compaore, the main defendant in a long-awaited trial on the 1987 assassination of his predecessor Thomas Sankara, will boycott the upcoming proceedings, according to his lawyers.

In the trial opening on Monday, Compaore and 13 others face an array of charges in the death of Sankara, a charismatic revolutionary follower describe as the African Che Guevara.

“President Blaise Compaore will not be attending the political trial that is being staged against him at the military court of Ouagadougou, nor will we,” Burkinabe and French attorneys for Compaore said on Thursday.

Sankara took power in the Sahel state in 1983, renaming the country the following year from Upper Volta to Burkina Faso, which means “land of the honest men.”

He enacted a string of sweeping economic and social policies, including nationalisations, public housing and a ban on female genital mutilation, polygamy and forced marriages.

In 2015, authorities exhumed what are thought to be Sankara’s remains from a grave in Dagnoen, on the outskirts of Ouagadougou. Sankara’s widow said an autopsy revealed his body was “riddled with more than a dozen bullets”.

To this day, graffiti calling for “Justice for Sankara” is a common sight throughout the capital.

Compaore was himself forced from office in 2014 by a popular uprising – after 27 years in power – and fled to the Ivory Coast, where he obtained Ivorian nationality.

Many in Burkina Faso hope the trial will shed light on one of the bloodiest chapters in the country’s volatile history.

Compaore, 70, has always denied accusations that he ordered Sankara’s killing.

After his fall from power, an investigation into the assassination was opened in 2015 under a transitional government and a warrant for his arrest was issued the following year.

Diendere, 61, is already serving a 20-year sentence in Burkina Faso for masterminding a plot in 2015 against the transitional government.

Compaore’s lawyers, Pierre-Olivier Sur and Abdoul Ouedraogo, said the military tribunal was an “exceptional court” that lay outside common law.

They said their client had never received a summons to be questioned, nor had he received any formal accusation against him, except for the summons to attend the trial.

They said Compaore has “immunity (from prosecution) as a former head of state”.

Crisis over compensation in Delta community due to Oil discovery