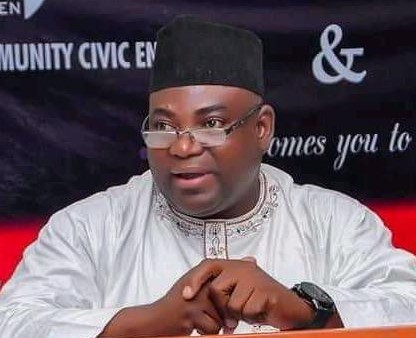 The Conference of Northern States Civil Society Networks has elected Ibrahim Waiya as its Chairman during a meeting of leaders of the 19 northern states civil society networks leading to the formal inauguration of coalition on Tuesday, 28th September, 2021 in Kano.

Waiya is also the Chairman, Kano Civil Society Forum and Coordinates the Freedom of Information Coalition in Nigeria.

Below is the full text of the communique singed by Ibrahim Waiya and issued to Stallion Times.

To All Media organizations

The Conference of Northern States Civil Society Networks is a forum of states based civil society organizations (CSOs) – coalitions/networks – operating in the Nineteen Northern states of Nigeria. The platform was initiated and birthed on 28th March, 2021 as a regional network on non-governmental, non-partisan, not for profit, non-ethnic and non-religious organizations, with the sole objective of facilitating best practices of democracy, accountable governance and advocating for more development of Northern Nigeria and beyond through policy influencing, cooperation and team work.

The group brought together the various civil society networks operating in the Nineteen Northern States under a common umbrella, with a clear focus of promoting synergy among different states-based networks, to collectively aid in achieving socio-economic, political, infrastructural and sustainable development in the region and Nigeria at large.

Other areas of the group spotlight include: advocacy for political accountability, campaigns against corruption, complimenting state actors’ efforts to address insecurity challenges and other socio-economic and leadership problems militating against the prospects of the region and the Country. The group is also determined to support relevant state actors to provide sustainable solutions to all challenges of development in the region.

The Network intends to bridge the communication gap among different civil society groups operating in different states of the region, to promote networking, information sharing and support one another in our various states for enhanced skills to demand for political accountability in leadership to mitigate the effects of development deficits and backwardness in some states of the North. This we believe can be achieved by giving due attention to some critical sectors of development, such as agriculture, education, and commerce among others.

The Network is also determined to establish partnership with relevant and willing development partners to build capacities and engage local organizations and relevant structures to effectively and efficiently implement programs, projects and activities to ensure that resources are judiciously utilized and channelled towards serving the needs of the citizens in the region.

On the 28th September, 2021, representatives from the 19 Northern States Civil Society Networks and Coalitions who are bonafide members of “Conference of Northern States Civil Society Networks” converged at Tahir Guest Palace Kano metand officially inaugurated the Network, held discussions and set an agenda to kick start the activities of the Network.

The Conference members unanimously agreed to work to achieve the following objectives amongst others:

1.        To provide a platform for co-operation, co-ordination and collaboration among States based CSOs (Networks and Coalitions) in the Nineteen Northern States.

2.        To support and complement one another in amplifying our voices to ensure an effective engagement on issues of Northern Nigerian development.

3.        To create a synergy amongst CSOs in the North in the pursuit of common agenda for the development of the region and Nigeria at large, to ensure a better society for the Nigerian Citizens.

4.        To build a strong platform of CSOs that could effectively engage all relevant state actors to address the challenges of maladministration, such as impunity, corruption, embezzlement and misuse of public funds and resources diversion in the Nineteen Northern states of the region and Nigeria at large.

5.        To engage in research and documentation on projects, government programs, policy and legislation as they affect the nineteen Northern States for possible engagement.

6.        To create a platform that could serve as a think tank in collaboration with other willing individuals, institutions and bodies on policy and legislative advocacy to provide technical expertise and direction to complement states actors mandate in designing development agenda or programme for the region.

Similarly, the leadership for the Conference was elected, and the following persons emerged as the management team, and formally inaugurated to lead the Network:

Participants at the Meeting:

Air Peace to Resume Lagos To Johannesburg Flights from October 17