Nigeria @ 61: Let us rededicate ourselves to Nigeria — Gov Mohammed 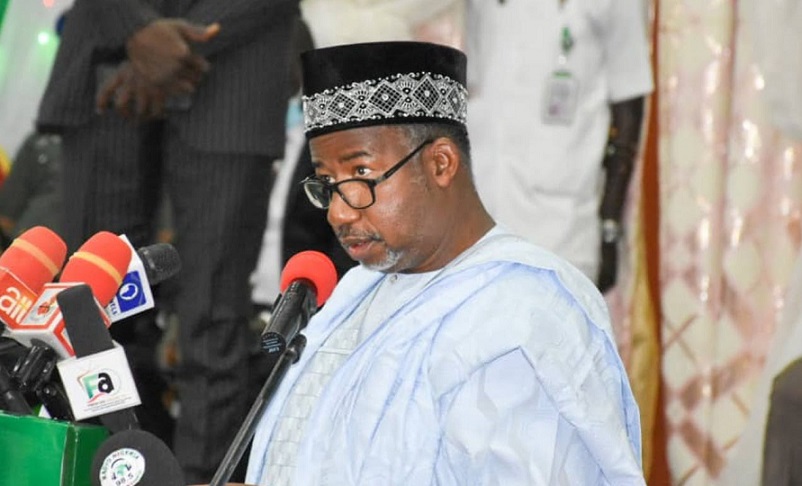 As Nigeria celebrates its 61st Independent today, Bauchi State Governor, Senator Bala Abdulkadir Mohammed, has appealed to citizens to not only rededicate themselves to the country but also be patriotic and pray for God’s blessings.

The Governor made the appeal in his goodwill message to the people of Bauchi State on the occasion of Nigeria’s 61st Independence anniversary celebration.

“As we celebrate the 61st Anniversary of the Independence of Nigeria, my appeal to all of us is to re-dedicate ourselves to our country, be patriotic and above all, continue to pray to Almighty Allah to shower His mercy and blessings on us so that we can continue to live in peace with one another and make our state and country great,” he stated.

While calling on Nigerians to “give gratitude to Allah for sparing our lives to witness yet another anniversary”, the governor said the anniversary should be used to reflect on the struggle and sacrifice of the country’s founding fathers.

According to him, while doing this, people should use the auspicious occasion to emulate the founding fathers and ensure that their labour was not be in vain.

Mohammed noted that as of the time Nigeria got independent, there was skepticism on Nigerians’ ability to govern themselves, declaring that they have now shown to the world that they are not only able to govern themselves but also understand their differences, respect each other’s values and unite themselves.

“The 61st Independence anniversary should be used to reflect on the struggle and sacrifice of the founding fathers of this country.

“As we reflect on the virtues of our heroes, we should use this auspicious occasion to emulate them and ensure that their labour shall not be in vain.

“Sixty-One years ago, when the colonial masters were leaving, there was skepticism on our ability to govern ourselves.

“Today, we have shown to the world that we are not only able to govern ourselves, but are able to understand our differences, respect each other’s values and unite ourselves towards developing our country despite our diverse cultures,” he said.

The governor, however, explained that the country was without its turbulence having suffered setbacks in the political arena with its negative impact on its political and economic growth.

According to him, the long period of military rule in the country retarded the evolution of democracy and its inherent benefits, saying, however, that democracy had now found its roots in Nigeria.

“Like many other countries, Nigeria has in the process of its growth experienced a lot of turbulence in the last 61 years.

“We suffered serious setbacks in the political arena which seriously affected our political and economic growth.

“The long period of military involvement in the political spectrum of our country had seriously retarded the evolution of democracy and its inherent benefits.

“It is, however, gladdening that today, democracy has found its roots in the country. The dividends of democracy are manifest and the citizens are happy.”

“We, in Bauchi State have taken a multi-dimensional approach to all the developmental projects which resulted in success all round, particularly in infrastructural development.

“In line with the mandate given to us by the people, we are making efforts to provide the necessary infrastructure needed for the development of the state.

“To this end, government has been constructing rural and urban roads network across the state, amounting to billions of Naira. Some of these roads are ongoing, while most of them have been completed and put to use. We have also executed several other projects in the areas of education, agriculture, health, housing and water supply,” he said.

He then assured the people of the state that his government has taken measures in collaboration with security agencies to protect their lives and property.

Buhari orders lifting of Twitter ban under one condition

A Bow to Become Next President