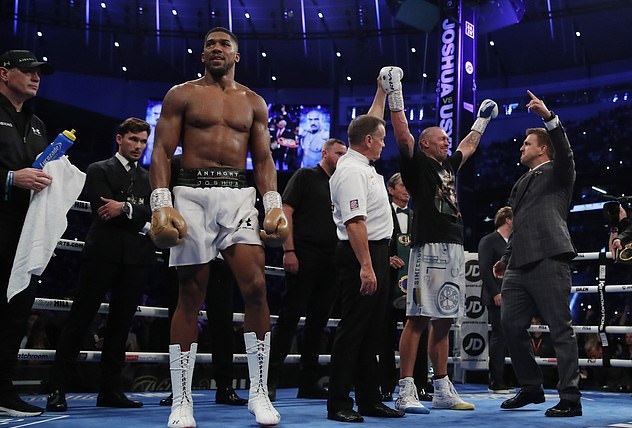 Anthony Joshua lost his WBA, WBO and IBF belts on Saturday night as he was defeated by Oleksandr Usyk at Tottenham Hotspur Stadium. Usyk dominated the Briton throughout and enjoyed a relatively comfortable victory in the capital.

Talks of a rematch have already begun, with both fighters apparently having a second contest already written into their contracts.

And, according to talkSPORT, Joshua’s promoter Eddie Hearn has now stated that a target date of next February or March has been set for the rematch.

The contest will apparently take place in the UK once again, despite Usyk’s desire to go head-to-head with Joshua on home soil in Ukraine.

Joshua struggled to assert his dominance against Usyk on Saturday night and found himself on the back foot throughout.

The 31-year-old was outclassed from the off and suffered a cut underneath his right eye in the opening rounds.