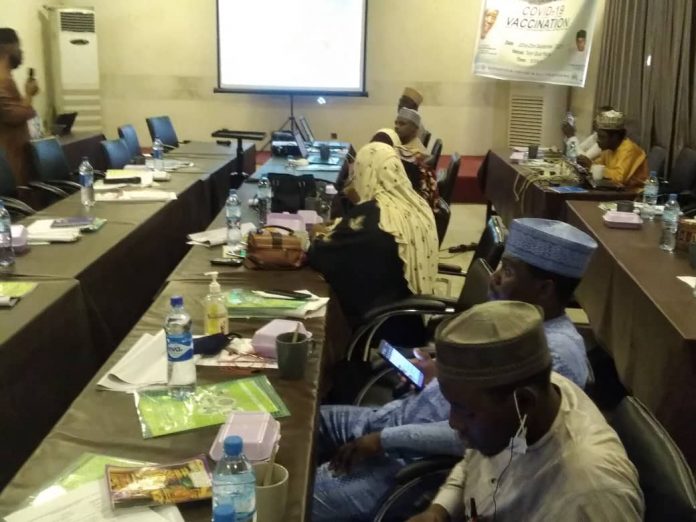 Kano State Ministry of Health seeks media support in sensitizing the public on the second phase of covid-19 vaccination.

The Director, Public Health and Disease Control Dr. Ashiru Rajab made the remark on Wednesday at the opening of a 2-day sensitization Workshop organized by the Ministry in Kano.

He said already, over 98,000 samples of the disease had been taken for laboratory tests out of which 4,000 cases were confirmed Covid 19 positive, while 3,900 cases had been discharged and about 119 persons died as a result of the disease.

“The vaccines are safe and effective but people are refusing to take the jab due to misconception, I hope that the media would help in spread the right information about the Covid-19 vaccine.

“We will continue to seek the support of media in our efforts to sensitize the public on the importance of the vaccines,” he added.

Mr.  Ogu Enemaku of United Nations Children’s Fund (UNICEF) said media practitioner across the country and world at large have play a vital role in sensitizing the public on effects of Covid 19.

He urged the media to continue disseminating factual and timely information regarding the Covid-19 vaccine, and to create awareness to dispel myths and misconceptions associated with the vaccine.

Mr. Enemaku said people that are prioritized at very high risk of contracting the disease include health workers, security and persons with underlying ailments especially those above the age of 50.

Also speaking at the workshop, the state Disease Surveillance and Notification Officer, Sulaiman Iliyasu, said some cases were reported across the 44 local government areas of the state.

According to him, Sumaila had the highest number with over 2,000 cases, Bichi and Gwarzo were second and third in the prevalence, while Kunchi and Dala LGAs have the least number of cases.

“Kano State has the population of over 15.3 million, the attack rate is 0.074%; government have distributed drugs to contain the spread of the disease.