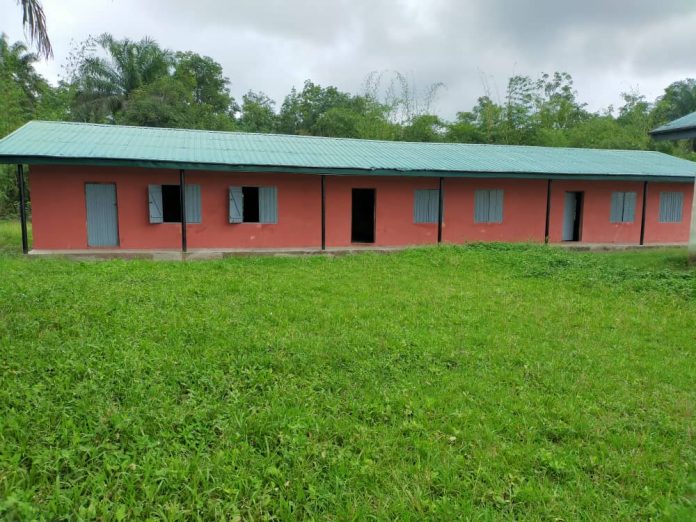 The Media Advocacy West Africa Foundation (MAWA-Foundation) has uncovered how the National Institute of Construction Technology and Management ((NICTM) has awarded N23.58 million contracts to a fake company while Ministries Departments and Agencies inflated figures of contracts amounts awarded by them to contractors.

MAWA Foundation not comfortable with the huge sums of monies contracts that were awarded in the Zonal Intervention Projects-ZIP popularly known as constituency projects was supported by the Public and Private Development Centre (PPDC) to investigate the contracts awarded to contractors by the MDAs.

While carrying out the investigation, MAWA uncovered how corruption was perpetrated by government agencies in the award of contracts regarding the Zonal Intervention Projects (ZIP)

The National Institute of Construction Technology and Management ((NICTM) in what appears corruption and job racketeering has awarded N23.58 million contract to a fake company that never existed.

Worse still, NICTM in pretense to legitimize this kind of corruption undertook a procurement process which includes bid advertisement to arrive at awarding a contract to a fake company in a clear violation of civil service rule and Procurement Act.

Investigating NICTM, MAWA Foundation using the Freedom of Information (FOI) requested NICTM to provide her information on (1) The name of a company that was awarded the contract for the supply of furniture to schools in Burutu Federal Constituency of Delta state, (2) The report of procurement/tender bid leading to the selection of the company to execute the project, (3) Copy evidence of advertisement leading to the selection of the company for the project execution (4) The exact amount of money the contract was awarded to the company (5) Bank Statement of payments made to the company regarding the project execution

Responding to the FOI request, (NICTM) in a letter signed by Mr. Cornelius Enoma, Acting Director, Physical Planning and Work Division, disclosed it awarded the contract to Spatruck Integrated Company Limited at the price of N23,581,687.50.

Worse still, an investigation has since shown the company that got a contract worth millions of Naira from (NICTM) is fake and does not exist.

To unveil the company identity, MAWA Foundation using the FOI, requested the Corporate Affairs Commission to provide her with the true status of Spatruck Integrated Company Limited that was awarded the contract.

Responding to MAWA FOI request, the Corporate Affairs Commission said it has no evidence of Spatruck Integrated Company Limited being a registered company while appealing to MAWA to furnish it with other supporting documents in her possession to help it investigate the company further.

The National Directorate of Employment (NDE) in a shocking example of corruption and contract inflation that has helped undermined Nigeria’s development has spent the sum of N25.250 million to renovate six classrooms block in Delta State.

In the deal, NDE awarded the contract for the renovation of six classrooms block at Zoukumor Primary School, Ojobo in Burutu Federal Constituency of Delta State at the price of N26,250,000.

Responding to MAWA Foundation FOI request, asking it to account for Zonal Intervention Project under her supervision in Delta State, NDE in a letter signed by Mr. Aliyu Abubakar, Director of Procurement disclosed that it awarded the contract to Auktopus Technical System Limited, a company registered on August 1, 2018.

This is even as Mr. Johson Ikebugo, a civil engineer speaking to MAWA, said that amount is enough to build 12 classrooms block, teachers offices, and hire personnel.  Ikebugo who described the amount as contract inflation said there is no way one justifies renovating six classroom blocks for N26.2 million.

Worse still, a senior staff of the Directorate who spoke to MAWA on the condition of anonymity described the contract as a wicked corruption that is been perpetrated by lawmakers and government agencies using zonal intervention projects as a cover.

“We are religious people, but we are not afraid of God, how can one explain that he renovated six classrooms blocks for N26.2 million, he told MAWA”

A Nigerian agency, the Universal Basic Education Commission (UBEC) saddled with the responsibility for providing access to basic education throughout Nigeria in a clear example of contract inflation has constructed two classrooms block at the sum of N11.84 million in Delta State.

In the deal that was struck under the Federal Ministry of Education, the contract was awarded to Fon Apple Integrated Services Ltd, a company registered on February 7, 2012.

Under the deal, UBEC claims construction of two classroom blocks at Obi-Ayagha Secondary School, Ayagha, Ughelli South Local Government in Delta State cost the sum of N11,843,738.37 an amount that has since been paid to Apple Integrated Services Limited.

Worse still, UBEC has since refused to respond to FOI request by MAWA Foundation asking her to account for the contract. UBEC is notorious for not responding to FOI requests as all the requests sent to it by MAWA were not responded to.

However, a senior official of the agency who spoke to MAWA and did not want his identity disclosed, accused UBEC of colluding with lawmakers to carry out contract racketeering.

“It is not new that UBEC colludes with lawmakers to hide under the disguise of constituency project to carry out contract inflation and racketeering, if that is not the case, tell me how one can contemplate building a two-classroom block at N11.84 million, this is wickedness that has kept Nigeria captive,” he said.

The Niger Delta RBDA in another example of corruption that has helped undermine the education sector in Nigeria has paid the sum of N59.63 million for the construction of classrooms in Delta state that has since been abandoned.

In collaboration with the Federal Ministry of Water Resources, Niger Delta RBDA awarded the construction of classrooms block in Agbarho Grammer School, Agbarho Ughelli North Local Government Area of Delta State at the price of N59,633,373.56.

The contract was awarded to Dademoh Projects Limited, a company registered on May 21, 2004.

Worse still, the project has since been abandoned, despite the money paid to the contractor.

To verify and ascertain projects that UBEC and others had paid huge sums of monies to implement, MAWA Foundation visited Delta State and undertook fieldwork to different project locations.

During the visit, we found that some projects were abandoned, others poorly constructed, and some not accessible.

The Construction of two classrooms block at Obi-Ayagha Secondary School, Ayagha, Ughelli South Local Government Area that was awarded by UBEC was poorly done. And, despite that it is a new building, it has a leaking roof while the doors are already falling off. A development community resident say was as a result of vandalization that was done by suspected criminals.

“There is a problem in this Delta State, virtually all projects are either abandoned or poorly executed, how can one explain that a newly built school is already leaking, no kid can learn in a classroom that has a leaking roof,” the teacher told MAWA.

At the Construction Classrooms Blocks in Agbarho Grammer School, Agbarho Ughelli North LGA of Delta State, a project handled by the Niger Delta RBDA, MAWA Foundation found that it has since been abandoned.

Project for the renovation of six classrooms block at Zoukomor primary school at Ojobo in Burutu Federal Constituency of Delta State could not be accessed by MAWA team during the visit as its location has been cut off by water and was not accessible.

Community residents who spoke to MAWA, said the location can only be accessed during dry season when the water level has gone down and movements are enable.

“My children, you cannot go to Ojobo at this time, come back March next year if you want to see the place, water has cut off the place, nobody goes there except few persons who risk going there in a Canoe” one of the locals told MAWA team.

Also, during the visit, MAWA could not visit schools at Burutu that got supply of furniture from NICTM. This is because the location has been cut off by water and were not readily accessible.

Although Mr. Elumelu, a lawmaker from Delta State and National Productivity Centre, an agency under the Federal Ministry of Labour had claimed to have built 500 ICT capacity centre at Aniocha/Oshimili Federal Constituency of Delta State. MAWA Foundation visit shows such project does not exist in the area.

The lawmaker and the centre had during the 2020 Zonal Intervention; said they will build 500 seaters capacity ICT in Delta while monies were allocated for the project.

A project MAWA Foundation has since found was not carried out, rather the lawmaker and National Productivity Centre abandoned the ICT centre and constructed two civic centres in two communities at Ogwashi Uku and Ubuluku in Aniocha area of Delta State.

When MAWA Foundation sort the explanation of National Productivity Centre using the FOI request, the centre refused to respond and declined comment.