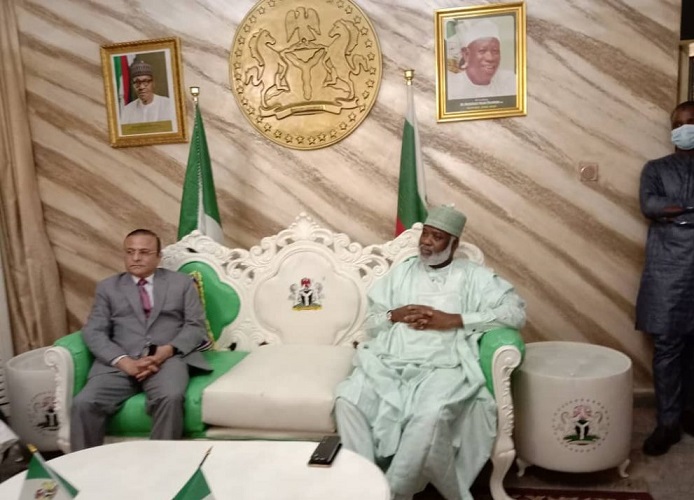 The Kano State Government has assured to consolidate the long existing relationship with Pakistan.

A statement by Hassan Musa Fagge said Ganduje who was represented by his Deputy, Dr. Nasir Yusuf Gawuna said Kano state was endowed with lots of potentials for people to come and invest, particularly those from Pakistan.

“We are happy for showing commitment towards reviving the long relationship between us…I can remember the partnership we have in the engagement of Pakistani teachers in our schools which has yielded a lot today.

“Even in the area of agricultural mechanization we have partnered with Pakistan especially in the supply of tractors to our farmers, therefore I feel if we continue to explore agriculture it will be beneficial to both Kano and Pakistan”

The Governor also commended Pakistan for showing interest in reviving the bilateral relationship with Kano State.

In his remarks the Pakistani High Commissioner Major General Muhammad Tayyab Azam described the visit to Kano as historic and important being the first state he visited since assuming office.

“I know the importance of Kano as hub of business in Nigeria, after Lagos Kano is next where there is business opportunity.

“There was a time in Kano when most schools have many Pakistani teachers..my aim is to bring back that relationship.”

He pointed out that Kano and Pakistan have similarities in both values and culture, hence the need to deepen the relationship so as to sustain the partnership in the areas of health and agriculture that will create opportunities for boosting the economy.

The High Commissioner was accompanied during the visit by Pakistani Consul General in Kano Alh. Ahmed Ibrahim Yakasai.