Break down that fence and let your pillar be your roof 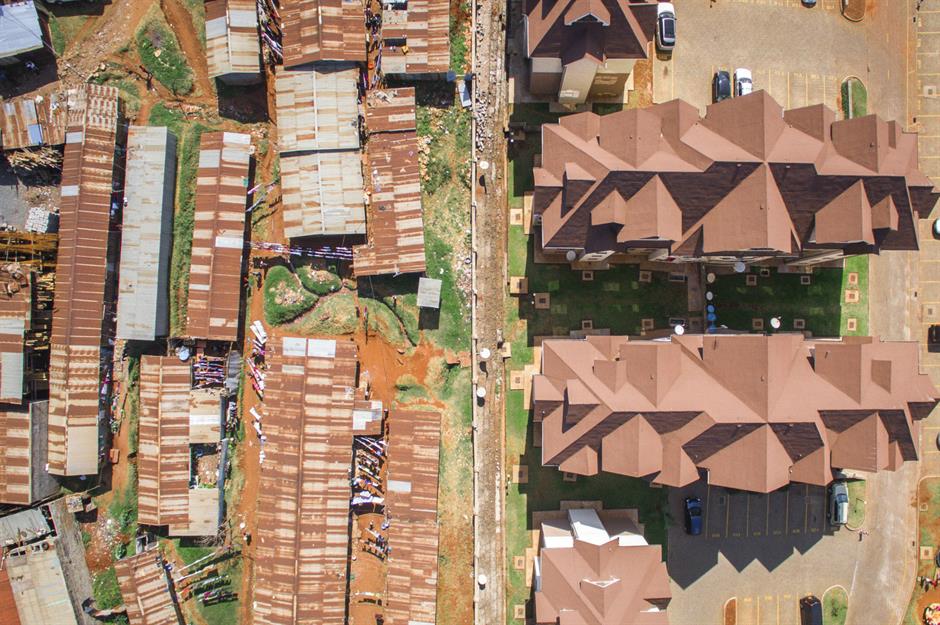 If you live in cramped conditions under rusting roofs, there is nothing wrong in seeking to relocate across the fence to a designer low density crib. The challenge is that your elite neighbors wouldn’t ordinarily allow you to, unless it serves their overall interest.

When 200 million people have their primary allegiance aligned to geography – North/South or religious “We versus Them” – Christian/Muslim, there is bound to be national loss of focus. And since our identities are not all encompassing, our various primordial tribal and ethnic allegiances hold sway.

It is therefore not surprising, Nigeria’s politics is rent-seeking with no ideological basis nor issue based but driven by the quest for “stomach infrastructure”. Under such circumstances our economy must remain that of a trading post characterized by mostly buying and selling of goods and services without commensurate manufacturing and production.

A nation is more than a mere geographical expression. It is usually, “held together by antagonism toward external enemies and by their defense of a common territory.”

Nigeria is however unusually different because we are instead a, “noyau – a society of inward antagonism, one held together by mutual internal antagonism, one which could not survive if its members had no fellow members to hate.”

Nigeria is therefore a territory, “with a state apparatus for internal plunder, and a fountain of petrodollars which together provide a habitat for a multi-ethnic noyau. With between 300 and 400 ethnic groups, and with thousands of autonomous communities which noisily quarrel over the national petrodollar cake; and whose boundary and leadership disputes often lead to mayhem,”

The back and forth across fences like in the attached photograph is interclass movement. Meanwhile, inherent differences on either side of the fence is more of intra class conflict than primordial.

The contest for power is constantly among elites – North, South, Christian, Muslim. Those that lose out every election become temporary counter-elites by aligning with the recurring grudges of the commoners on the other side of the fence. And the circle continues over and over again.

To consistently get away with it, the elites across the fence must continuously obscure the fundamental issues. The smokescreen such people create is diversionary. It seeks to protect to overall elite interest which is simply to prevent a mass migration across the fence.

So, never lose your cool. Rather, read the big picture instead of trying to interpret the small scenes. Always, look at things in overall context.

Break down those fences by carefully understudying the various intra and inter class dynamics in our nation. Lest you continue to be a pawn on our nation’s chess board.

The other moral for me this beautiful Sunday morning is Bosjes Chapel located at the Western Cape region of South Africa.

The building is what is known as a hyperbolic paraboloid.

The designer extensively created a reflective pool to define a narrow approach to worship as a transitional journey of sorts into an all glass refuge whose external undulations mimic the mountainous backdrop making the ends of the chapel reminiscent, of Psalm 36:7 –  “….Therefore the children of men put their trust under the shadow of Your wings.”

The merging of the structural pillars and roof for me captures the essence of how transparency must be anchored in sheltering the elements.

There is always a story in everything in life.

“…..If you listen carefully you will hear”