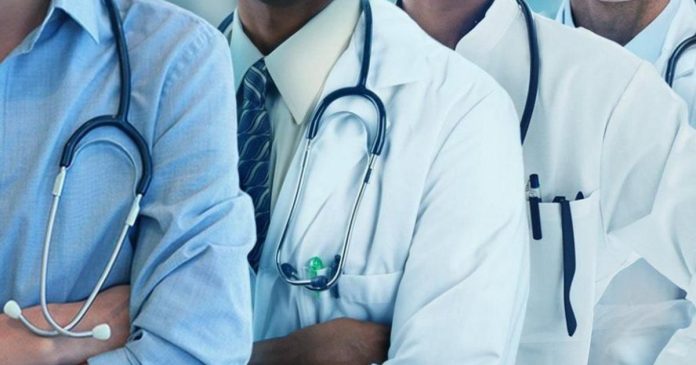 The notice confirms negotiations with the government is still ongoing as the recent strike notice expired the night of September 17.

The session appraised the reports of JOHESU negotiation and conciliation meetings with the federal government since the declaration of the trade dispute through the 15 days strike notice issued on September 2.

Ajorutu noted that NEC discussed the appeal by President Muhammadu Buhari on the need to show understanding with his administration and the pledge to pay any debt owed to health workers.

The scribe disclosed NEC received and examined reports of congresses held at various health facilities across the country on the mobilization for the fresh strike notice starting September 18.

Ajorutu asked the Federal Ministry of Health to ensure speedy circularization of all establishment and welfare matters as agreed during negotiation meetings.

The unions urged that the computation of the adjusted Consolidated Health Salary Structure (CONHESS) for JOHESU members be completed and submitted to FG’s High-Level Body (HLB) not later than September 22, as agreed.

”NEC-in-session urges the Federal Government to ensure that the High-Level Body (HLB) completes and submits the computation of the adjusted CONHESS for inclusion in the 2022 budget within the Sept. 30th, submission window.

”NEC urges the Federal Government to reciprocate the patriotic humanitarian gesture of JOHESU in the interest of the larger Nigerian masses to expeditiously resolve all the demands within the fifteen days window”, the joint statement added.