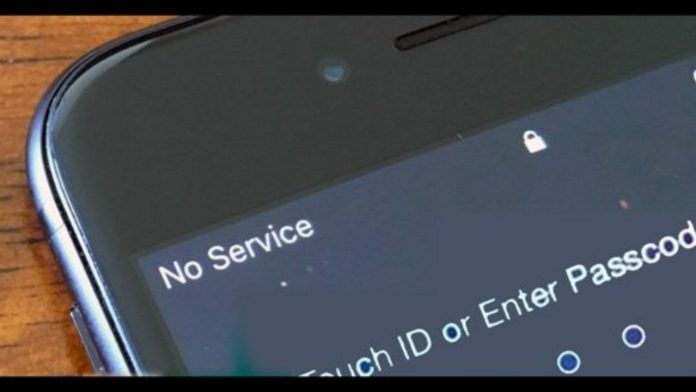 The Socio-Economic Rights and Accountability Project (SERAP) has given the Ministry of Communications and Digital Economy and the Nigerian Communications Commission (NCC) seven days to reverse the shutdown of mobile phone services in Zamfara and Katsina states or face legal action.

The group urged President Muhammadu Buhari to “direct the Minister of Communications and Digital Economy, Isa Pantami, and the Nigerian Communications Commission (NCC) to immediately reverse the apparently unjustified suspension of internet and telecommunication networks in Zamfara State, and 13 local government areas of Katsina State”.

It further said, “We would be grateful if the suspension of internet and telecommunication networks in Zamfara and Katsina states is reversed within 7 days of the receipt and/or publication of this letter. If we have not heard from you by then, SERAP shall take all appropriate legal actions in the public interest.”

The NCC recently ordered telecom operators to suspend services in Zamfara State, and in at least 13 local government areas of Katsina State as a strategy to tackle banditry and terrorism.

But SERAP in an open letter dated September 11, 2021 and signed by its deputy director, Kolawole Oluwadare, said the move has no “any legal justification”.

It noted that it is “inconsistent with the principles of necessity and proportionality”.

“The suspension is a form of collective punishment of Nigerians resident in these states,” it added.

It said, “While the authorities have a legal responsibility to protect, ensure and secure the rights to life and property, any such responsibility ought to be discharged in conformity with constitutional and international human rights standards.”

The letter continued, “Large-scale shutdowns of communication networks are a form of collective punishment. Shutdowns exert significant chilling effects, with direct implications on participatory democracy, whose existence depends upon an active and informed citizenry capable of engaging with a range of ideas.

“Shutdowns generate a wide variety of harms to human rights, economic activity, public safety and emergency services that outweigh the purported benefits. The suspension has the potential to affect millions of internet and telecommunication users in these states, and those on the margins of society are most impacted by it.

“The suspension of internet and telecommunication networks in Zamfara and Katsina states fails to meet the requirements of legality, necessity and proportionality.

“The requirement of necessity also implies an assessment of the proportionality of restrictions such as the telecoms blackout in these states, with the aim of ensuring that restrictions target a specific objective and do not unduly intrude upon human rights.

“While ‘checking the activities of bandits/terrorists in these states could conceivably be viewed as justification for exceptional measures necessary to protect public order or national security, the authorities have so far failed to show how shutting down internet and telecommunication networks in the entire Zamfara State, and 13 local government areas of Katsina State is necessary to achieve the stated purposes.

“The imposition of any restrictions should be guided by the objective of facilitating the right, rather than seeking unnecessary and disproportionate limitations on it. Restrictions must not be discriminatory, impair the essence of the right, or be aimed at causing a chilling effect. Internet and telecommunication shutdowns fail to meet all of these conditions.

“Internet and telecommunication shutdowns amount to inherently disproportionate interference with the rights to freedom of expression and information. Necessity requires a showing that shutdowns would achieve their stated purpose, which in fact they often jeopardise.”

“In their 2011 Joint Declaration on Freedom of Expression and the Internet, four special mandates on freedom of expression emphasised that ‘Cutting off access to the internet, or parts of the internet, for whole populations or segments of the public can never be justified, including on public order or national security grounds,'” it added.

It continued, “The African Commission on Human and Peoples’ Rights has affirmed the principle of non-interference with access to internet and telecommunication networks and stressed that states including Nigeria ‘shall not engage in or condone any disruption of access to the internet and other digital technologies for segments of the public or an entire population.’

“There is no convincing justification that the stated objectives of checking the activities of bandits/terrorists could not be achieved through measures with a lesser impact on the rights to freedom of expression and information than the wholesale blocking of internet and telecommunication networks in these states.”

The group “therefore urges you to sponsor an executive bill to explicitly recognise the right to access and use the internet as a constitutional and legal right, and as an essential condition for the exercise of the rights to freedom of expression and information.

“The rights to freedom of expression and access to information are protected by Section 39 of the Nigerian Constitution, 1999 [as amended], Article 19 of the International Covenant on Civil and Political Rights, and Article 9 of the African Charter on Human and Peoples’ Rights.

“Access to information, the ability to exercise the right to freedom of expression and the participation that the internet provides to all sectors of society is essential for a truly democratic society.

“The rights to freedom of expression and information may be restricted only in specific circumstances. Restrictions on these rights must be provided by law, proportionate, and necessary for respect of the rights or reputations of others or for the protection of national security or of public order, or of public health and morals.

“Further, any measures to address security challenges must make use of the least restrictive means to achieve that legitimate aim.”