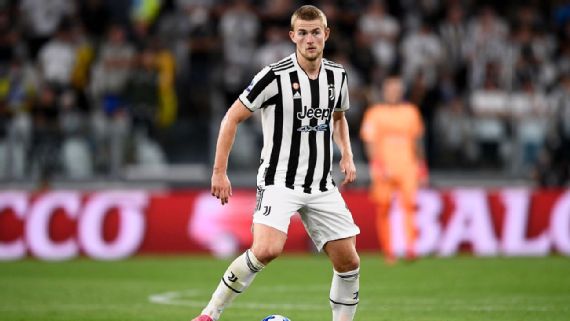 Real Madrid will join the race to sign Juventus defender Matthijs de Ligt — a race that has also included Chelsea.

According to Calciomercato, the Spanish giants are keen on the Netherlands centre-back after seeing Raphael Varane and Sergio Ramos move away from the Santiago Bernabeu in the summer.

Los Blancos are therefore prioritising a move for a top-level centre-back at the next possible opportunity, but any deal is unlikely to be cheap with the Serie A star signing for Juventus from Ajax back in 2019 for a €75 million fee.

Chelsea were rumoured to be in the hunt for the signature of the 22-year-old, although they also remain closely linked with Sevilla FC star Jules Kounde.