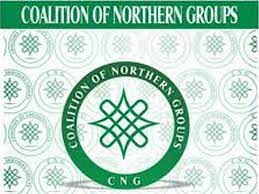 The Coalition of Northern Groups (CNG) in collaboration with the Council of Ulama, Kano, kicked off prayer session for God’s intercession to bring an end to the current security situation in the North and Nigeria.

According to CNG Spokesperson, Abdul-Azeez Suleiman, the special prayers which are to be conducted in all states of northern Nigeria would also seek divine help for success of the troops currently engaging the bandits in the North West, insurgents in the North East and other criminal gangs elsewhere in the country.

The takeoff phase of the session, according to Suleiman, was conducted at Allasan Dantata Mosque, at Koki in Kano State on Friday and was led by Imam Gwani Alyu Saleh who is the chairman of Qur’anic Reciters of Nigeria and coordinated by CNG’s national leader, Balarabe Rufai.

“The session which was attended by dozens of renowned Ulamas and Quran memorizers and top reciters, prayed God to grant victory to the Nigerian troops currently battling to bring peace to the land.

“Prayers were also offered for the safety of innocent Nigerians currently in captivity as well as total disarmament, disengagement, demobilization, reconciliation and resettlement across the North and Nigeria in general.

“The sessions are expected to be a continuous process every Friday in all northern states until a final declaration of victory is achieved,” Suleiman said in a statement issued in Abuja.