3 injured as train derails in Egypt

…Train schedules were disrupted until authorities removed the derailed carriages 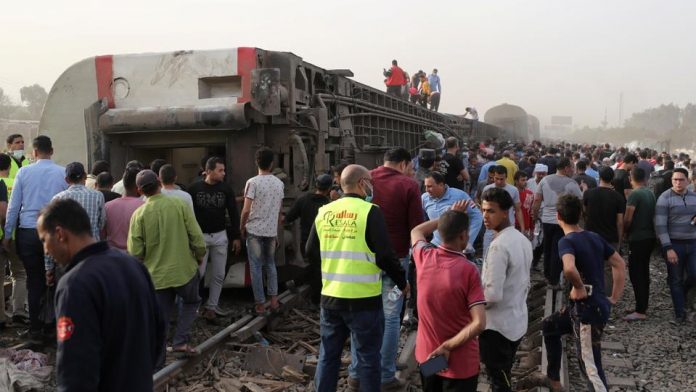 One of them has been discharged from Zagazig Hospital while the other two are still being treated there, said Asmaa Abdel Azim, spokeswoman for the governorate.

Train schedules were disrupted until authorities removed the derailed carriages.

Egypt has witnessed several train accidents this year, including a collision in Sohag governorate in March that resulted in dozens of deaths and injuries.

Accidents in Banha, Sharkia, Alexandria and Helwan also resulted in deaths and injuries.