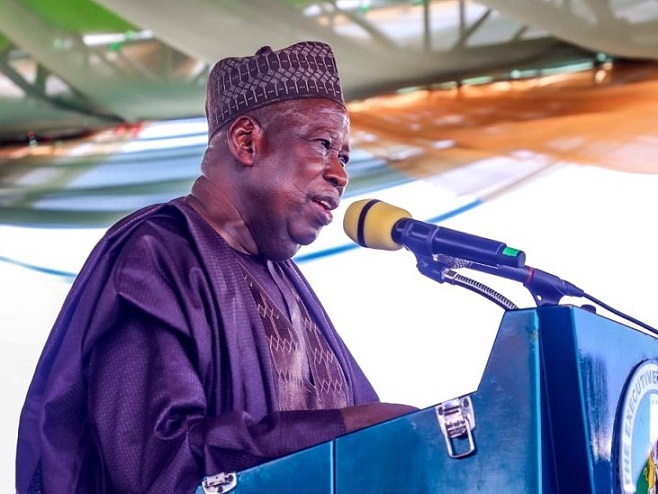 Governor Abdullahi Umar Ganduje of Kano State says his administration has developed a transport policy which after implementation will improve sector performance and attract private investment.

“Under this reform, a new transport authority will soon be established to regulate and manage the transport system in the State he said”.

This was contained in a statement issued to Stallion Times by the Chief Press Secretary to the Deputy Governor, Hassan Musa Fagge

According to the governor…transportation is one of the major factors required for sustainable socio-economic development, adding that these therefore warrant convening formal discussions on the sector to harvest practical recommendations that can improve it for better operations.

He was represented by his Deputy, Dr. Nasiru Yusuf Gawuna on Friday to declare open the executive session of the 16th edition of the National Council on Transportation held on Friday in Kano.

The governor commended the selection of the theme for the council of transport meeting-“SUSTAINABLE TRANSPORTATION: A PANACEA FOR NATIONAL DEVELOPMENT”, saying the theme gives him impression that the country is on the path of overcoming national development challenges based on the fact that transport industry is a sector if exploited optimally will stimulate the needed economic transformation in the country.

He also revealed that his administration in its effort of ensuring safety of lives of road users has introduced a computerized vehicle inspection designed to reduce road traffic crashes and fatality.

He also expressed his appreciation on the various projects being executed by the Federal Government through the Federal Ministry of Transportation which he says when completed will go a long way in contributing to the socio-economic development of Kano State.

On his part, the Minister of Transportation, Rotimi Amaechi said the draft of National Transport Policy is being reviewed by a cabinet committee headed by the Vice President preparatory to its approval by the Federal Executive Council.

He further stated that the Federal Ministry of Transportation recently inaugurated an Inter-ministerial Steering Committee with private sector in order to provide leadership oversight for the execution of the Road Transport Transformation Program.

While explaining that the ministry is fully involved in the ongoing development of the medium and long term development plans for the year 2021-2025 and the agenda 2050,the minister also called on all the stakeholders in the transportation industry to deploy ways of attracting the private investors to the sector so as to fast track closing of the transport infrastructural gaps of the nation.

Speaking on behalf of the Senate Committee on Marine Transport, Senator Ibrahim Oloriegbe assured that the National Assembly will continue to support government policies and initiatives that will promote the growth and development of the Nigerian transport sector, saying it is ready and commitment to provide required legislation to that effect whenever the need arises.

He however pointed out that it has become necessary to brainstorm on policies that will guide and support the development of the Nigerian transport sector at this period of globalization.

The meeting was attended by the Commissioners of Transportation from the 36 States of the Federation and FCT and other stakeholders in the transportation sector.