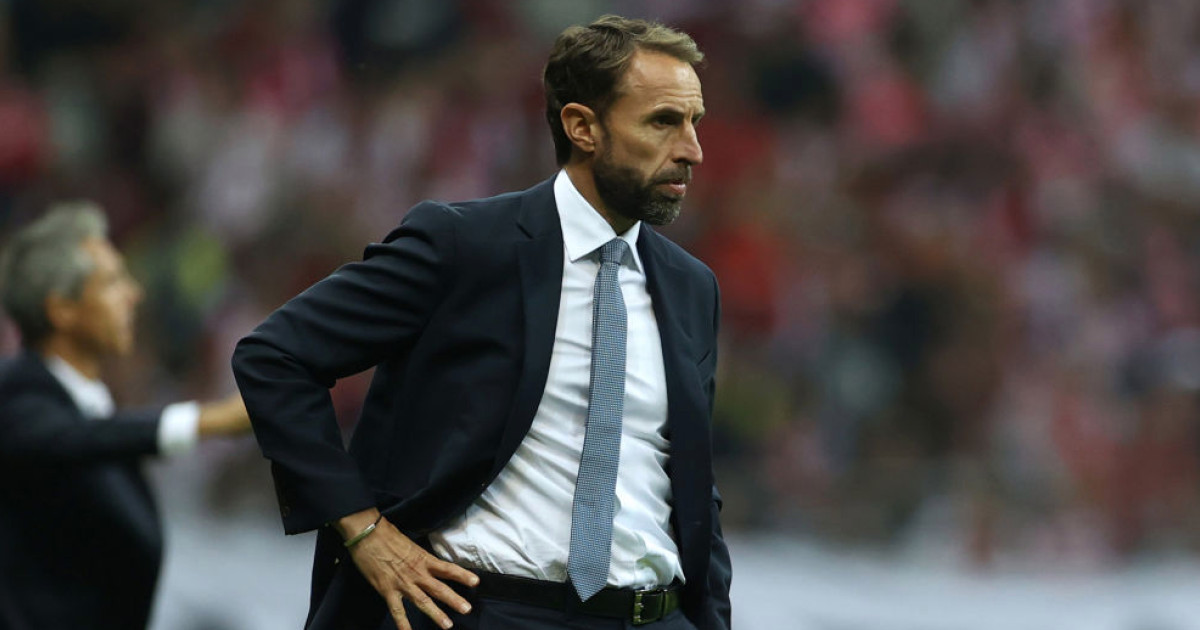 Gareth Southgate has become the first England manager since 1996, that failed to make a single substitution within 90 minutes.

This happened on Wednesday night, as the Three Lions were held to a 1-1 draw by Poland in Warsaw.

Harry Kane broke the deadlock in the 72nd minute of the World Cup qualifier, before Damian Szymanski powered in a header in stoppage time.

It seemed strange that Southgate had not made some changes in the second half and it was a decision left open for criticism thanks to the late equaliser.

But Southgate insisted there was no need to make any substitutions, although Poland made five.

Asked why he didn’t make any changes in Warsaw, he told ITV: “Because we were in total control of the game and we’d have been making changes for the sake of it, really.

“I thought the players out there were in the rhythm of the game, we were in control of the game so to make the changes would have potentially disrupted it rather than improved it.

“It’s not easy to come off the bench in those moments of matches.”

The last time an England boss didn’t make any subs was in the semi-finals of Euro 96, when Terry Venables saw his side lose on penalties to Germany at Wembley.