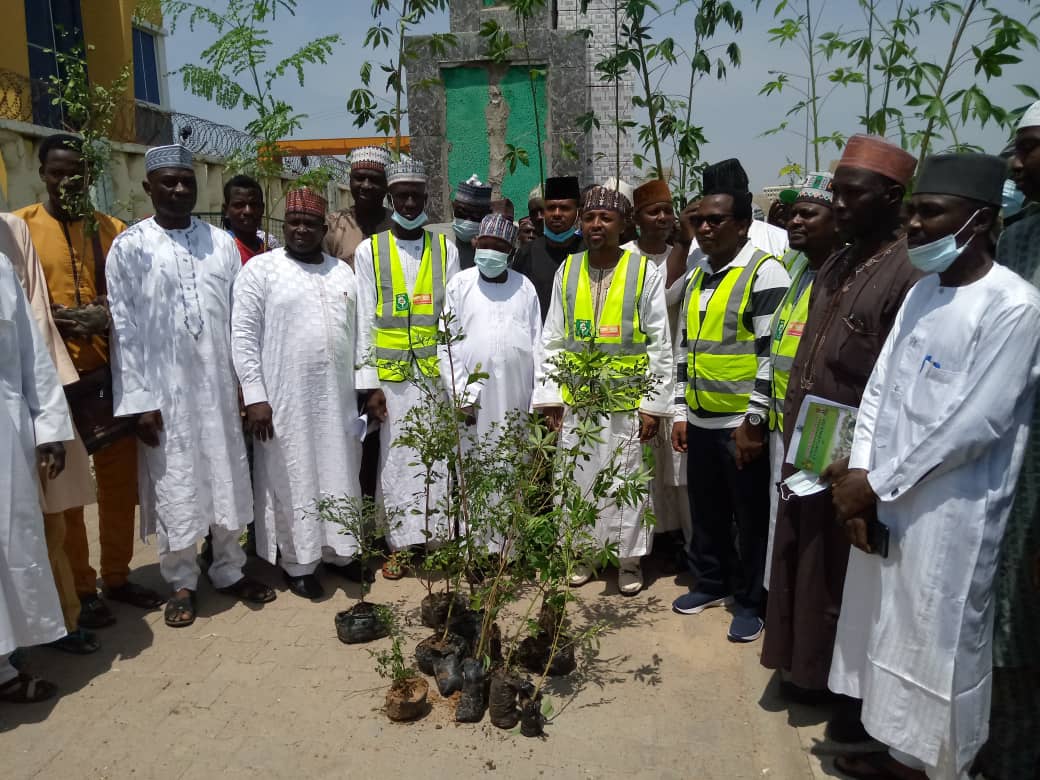 The State Commissioner for Environment, Dr. Kabiru Ibrahim Getso, disclosed this during the press briefing on 2021 tree planting campaign at the ministry’s conference hall on Thursday in Kano.

The theme of this year tree planting campaign is tagged “Mitigating climate change effects and achieving beautification in Kano state.”

According to the Commissioner said the State Government plants two million seedlings in 2020 to control flood and desert encroachment as well as beautification of the environment.

He further explained that last year Kano state experienced extreme heat with maximum of temperature of about 44 degrees Celsius which attributed to inadequate trees thereby having an adverse effect on the environment.

“Provision of adequate trees will address the menace of climate change, soil erosion, land degradation as well as enhance productivity of agricultural land and decrease the rate of desertification process,” Getso emphasized.

“The campaign will last for two weeks and has been divided into two phases, the first phase of the program will cover Bayero University Kano to Kabuga Road, Zaria Road and State road while the second phase will be launched by the Governor of Kano State, Dr. Abdullahi Ganduje at Yusuf Maitama Sule University main campus where 1,200 seedlings would be plant.

“The seedlings would be planted, shared across communities, state major roads, institutions such as Mosques, churches, schools, hospitals, among others,” he said.

Ibrahim Getso added that the state government will implement environmental mitigation measures to safeguard our ecosystem and ensure its restoration of tree planting campaign from last year across the 44 local government area in the state.

He further explained that the “2021 tree planting campaign like the previous one of 2020 was designed to sensitive stakeholders’ importance of tree planting in our general environment.

He added that the effort in fulfilment of the pledge of federal government and 36 Nigerian Governors to plant 25 million trees to improving the environment.

The Commissioner also highlighted some of the benefits of planting trees include, supply of oxygen, improve air quality by absorbing pollutant gases, slows water evaporation and prevent water pollution, provide food, medicine through various fruits among others.

“2021 tree plant campaign was deliberately designed to take off at this material time of rainy season to avert all encumbrances associated with nursing seedlings particularly watering,” he said.