Gov Uzodimma Shuts down Banks, Others for Obeying IPOB Sit-at-Home 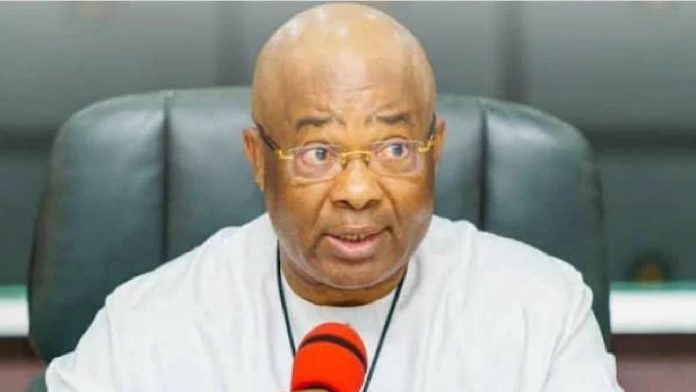 Hundreds of bank customers were left stranded on Tuesday as the officials of the Imo State Government shut all the banks on Bank Road in Owerri, the state capital.

According to The Punch, hundreds of banks customers were waiting at various banks.

Some of the banks that were sealed by the state government were Access, Polaris, First Bank, Eco Bank, and United Bank for Africa.

Our correspondent saw customized ribbons the state government officials used in sealing the various banks as early as 7 am.

Some of the staff of the banks told our correspondent that the operatives of Owerri Capital Development Authority sealed the banks.

The PUNCH gathered that the banks sealed were those that failed to open on Monday, a day states in South East sit-at-home in protest of Nnamdi Kanu, the leader of the Indigenous People of Biafra who is being tried at the Federal High court in Abuja by the Federal Government.

However, some government officials said that the banks were sealed because of building approval plans.

Both the state commissioner for Information and strategy, Declan Emelumba, and the General Manager of OCDA Innocent Ikapmezie, did not respond to multiple calls put to their telephones by our correspondent.

They had neither returned the calls nor reply to text messages as of the time of filing this report.