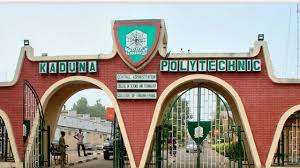 The Management of Kaduna State Polytechnic has expelled ninety-six students over malpractices and other academic misconducts.

According to a circular with reference number KPT/CA/S/PR. 11/VOL.XXIII/417 dated 1st September 2021 and signed by H.S Jandutse, 96 students tried for examination malpractice, 85 were expelled, 8 were suspended for failure to appear before the examination malpractice committees, 1 was exonerated, 1 was rusticated, while another 1 had his certificate withdrawn for impersonation in exams hall.

The circular indicated that the disciplinary measures were taken by the Academic Board of the institution during its extraordinary meeting held on 25th August 2021 where it considered the reports examination malpractice committed.

The circular further showed that the expelled students were from different departments and academic levels.