2023: Caging and Taming the Jackals 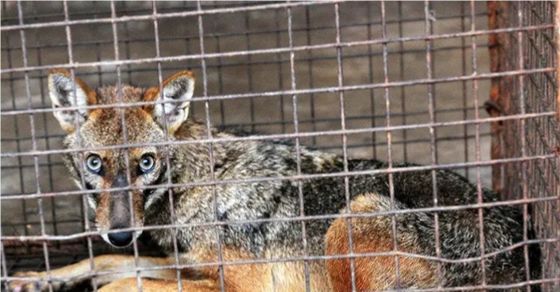 The 2023 general elections in Nigeria is gradually drawing closer, thus making the various electoral contests stiff and vigorous. From independence to date, Nigeria is bedeviled by cut throat electoral contests that in most cases left many lives wasted and properties destroyed in the name of democracy and ‘the love for the common man’.

Many of our politicians seem to be pretentious and assuming to the detriment of chastity and creativity. In the religious permutations, many of them tend to hide behind the blanket of religion and ignite the amber of hatred and destructions. Politics without bitterness is neither respected nor accorded due courtesy.

Fomenting trouble under the guise of religion will never give the right dividends. Most of the current security challenges facing Nigeria today are directly or indirectly by-product of religion in politics.

Then, there is also the economic aspect of politics, where politics is made to be a business enterprise. Those in this divide always put money first before any other thing. To them one is dead without money, and the only escape route for them is by taking chances on every opportunity. Thus, most of the corruption charges on many politicians holding public offices is as a result of this perception.

There are many of our politicians that see politics as the only route to attaining higher social status. They feel inferior and or dissatisfied with their God given position. They thus do everything including consultations with cultists and soothsayers. Thus, you hear of many of them embarking on ungodly ventures just to attain political power and hegemony.

Our culture (African culture) is predominantly communal and egalitarian before the advent of politics. Gradually those ethical values and fraternity were systematically and awkwardly eroded thereby giving way to hatred, disrespect and senseless destructions, killings and maiming of political opponents.

Sir Ahmadu Bello Sardauna of Sokoto and his colleagues played politics of maturity and nationalistic engagements. That has given room for many constructive engagements. Opposition was seen more as a veritable tool for review of progress, while addressing emerging challenges effectively and efficiently. These and many more of their styles we need to imbibe so that we bequeath our posterity positive and prosperous legacy.

Politics without bitterness was also extensively promoted by late Ibrahim Waziri of the GNPP in the Second Republic, with clear vision and appreciation that no tangible progress can be made under the atmosphere if chaos, confusion and deadly engagements in the name of politics and politicking.

We cannot continue like, as also indicated by President Umar Musa Y’ar Adua of blessed memory. The best alternative for the electorates is to cage and tame such spoilers in such away they will be more responsive and realistic. And there are many ways to do just that using the correct applications at home and elsewhere.

Politics of hatred, dogma and bigotry never help, rather it destroys the very essence of civilization, progress and humanity at every stage.