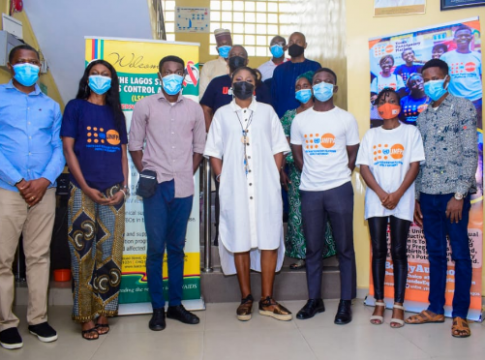 “Youth-led advocacy is crucial to holding stakeholders accountable and achieving the targets set in the 2021 Political Declaration on HIV/AIDS as well the adoption and implementation of the Global AIDS Strategy,” the United Nations Population Fund-Youth Participatory Platform has asserted.

The 2021 Political Declaration on HIV/AIDS aligns with the priorities of the new Global AIDS Strategy. It also highlights the urgent need to address the structural barriers of discrimination, gender inequality, criminalization, underfunding, and exclusion that affect people living with HIV, including key populations and other priority populations such as migrants and people in conflict zones and humanitarian settings.

According to Avert, Nigeria with 1.9 million HIV reactive people has the second-largest HIV epidemic in the world and one of the highest rates of new infection in sub-Saharan Africa, accounting for about 130000 new infections and 53000 AIDS-related deaths.

Six states in Nigeria accounts for 41% of people living with HIV, including Kaduna, Akwa Ibom, Benue, Lagos, Oyo, and Kano.

To address the HIV burden, young people should play a central leadership role in reversing HIV infections from needs and a human-right-based approach using sexual and reproductive health and rights delivery services and youth-led accountability and advocacy programing.

To ensure young people take leadership, equip and organize, and effectively implement the sexual and reproductive health and rights programs for adolescents and young people living and affected by HIV.

The UNFPA-Youth Participatory Platform started the Beyond Treatment for Us (BT4U), a youth-led program for and by young people to deliver prevention interventions including sexual and reproductive health services, PEP, and PrEP, sexuality education, and delivery care of the clinical needs of young people living with HIV like mental health services, social support.

While using Advocacy and Accountability to advocate for a wider HIV prevention and treatment package, which should be made available to all young people, including key populations.

In this action, the Youth Participatory Platform held a webinar to reflect on the 2021 Political Declaration on HIV/AIDS with other young people in Nigeria.

The webinar emphasized the role of young people and the importance of meaningful youth leadership in advocacy in meeting the targets set in the political declaration and also in solving the discrimination and criminalization that key populations are subjected to.

Reflection on the 2021 Political Declaration on HIV/AIDS

Iwatutu Joyce Adewole, who is leading this program and is representing the Youth Participatory Platform with support from UNFPA, revealed that HIV continues to disproportionately affect young people of diverse backgrounds and that young people have continued to bear the brunt of the disparities in the AIDS response.

She noted that AIDS had continued to be a leading cause of mortality among young people across the world, especially in Nigeria.

A majority of the youth who make up the highest percentage of the population are routinely subjected to criminalization, denial of services, testing, prevention, and other human rights violations and these factors have led to a disproportionate amount of HIV infections amongst youth worldwide.

The Declaration directs all UN member-states to provide 95% of all people at risk of acquiring HIV within all epidemiologically relevant groups, age groups, and geographic settings with access to people-centered and effective HIV combination prevention options.

According to the report from UNAIDS, if the international community reaches the targets, 3.6 million new HIV infections and 1.7 million AIDS-related deaths will be prevented by 2030.

In response to this, adolescents and young people in Nigeria have raised their voices to demand a comprehensive AIDS response in Nigeria to achieve the targets in the 2021 Political Declaration.

Iwatutu Joyce Adewole, leading this advocacy, said young people have repeatedly demonstrated that they can develop and lead HIV responses in their communities.

UNFPA is the United Nations sexual and reproductive health agency. One of its core mandates is to deliver a world where every young person’s potential is fulfilled.

UNFPA supports young people to not only have access to quality health services but also empower them to demand their rights to help them in their development to live a healthy and fulfilled life.

According to the UNFPA-YPP Youth Statement, demands have been made to all policymakers and stakeholders in Nigeria to protect the rights of all young people including those living with HIV, adolescents, and members of the key population.

This they said can be achieved through meaningful youth leadership and engagement, comprehensive prevention and treatment intervention, access to stigma-free healthcare, as well as more education and training for health workers and citizens.