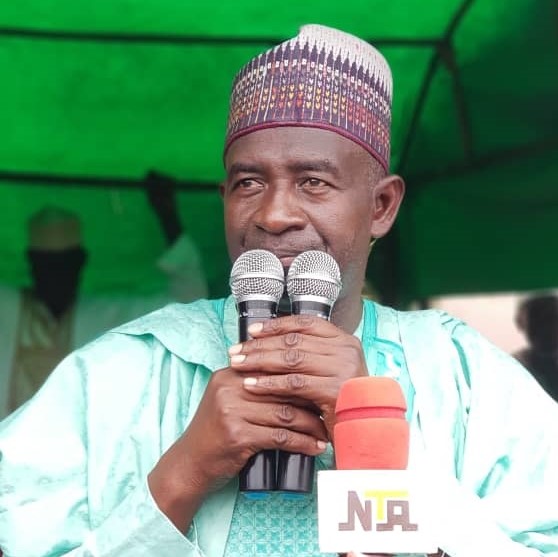 The newly appointed​ Speaker Kebbi state house of assembly​ has affirmed commitment in maintaining good working partnership with the executive arm of government for the benefit of the masses.

The​ Speaker of the Assembly, Hon Muhammad Sani Abubakar Lolo made the affirmation at a​ grand rally held in his honour at Lolo to welcome him home by the people of his constituency at the weekend.

A long line of motorcade from Bagudo junction to Lolo town, a distance of 158 kilometers joined the convoy of the new Speaker to a tumultuous reception on his​ arrival home.

The Speaker assured that the House of Assembly would provide the necessary impetus to policies and programs of the incumbent Administration of Governor Abubakar Atiku Bagudu in uplifting the living condition of citizenry in all sectors.

He urged people to remain loyal to the government and sustain the desired support needed towards accelerated societal development.

The new Speaker expressed appreciation to Governor Atiku Bagudu for identifying with the ideals of the people of the State and hearkening to their aspirations.

He thanked the people of his Constituency Bagudo west and the entire Bagudo local government area for giving him the necessary support to succeed.

He also thanked the members of the Kebbi State House of Assembly for their unflinching support and providing an opportunity for​ him to serve the people.

The new speaker​ however pledged to steer the affairs of the Assembly to fruition beneficial to all nook’s crannies of the state.

Governor​ Atiku Bagudu​ represented at the rally by the Chairman Kebbi State Local Government Service Commission, Alhaji Abubakar Nayaya, thanked members of the State House of Assembly for quick passages of bills and prompt approval to requests by the Executive arm which helped immensely in facilitating the development of the state.

Bagudu solicited the support of all members of the Assembly to cooperate with the new Speaker towards attaining the objective of providing dividends of Democracy to the populace.

The Governor assured​ the people of Lolo that the State government would work jointly with the House of Assembly in ensuring the reconstruction of the dilapidated Kaoje-Lolo road which links a border town with Benin Republic.