Stopping humanitarian aid to Afghanistan ‘could spark a catastrophe’ 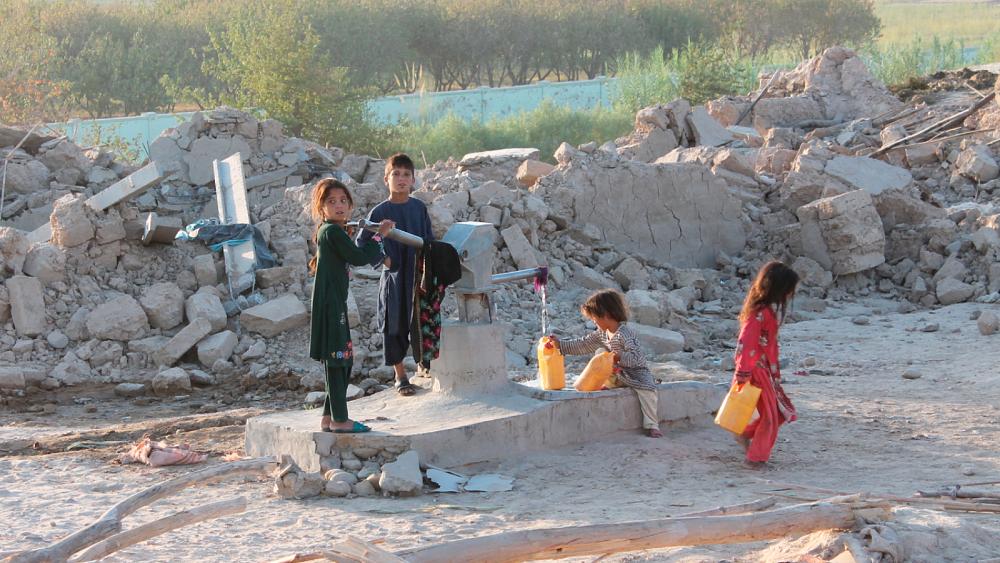 The UN says 14 million people in Afghanistan are struggling to put food on the table.

It is feared the Taliban takeover of the country, COVID-19, drought and the onset of winter will only make matters worse.

The World Food Program (WFP), an agency of the UN, says the wheat, flour, rice, pulses, salt and sugar have increased considerably in recent weeks.

“The price of wheat has gone up by 25 per cent in the last month and therefore with the economic situation and the turmoil in which the country has been thrown, it is very difficult now to see the future for this population,” said John Aylieff, WFP’s regional director.

Speaking from his office in Kabul, WFP’s Afghanistan director, Andrew Patterson, explained that in the last few months of fighting, 550,000 Afghans have left their homes.

“All our food comes over land and all of the four main border crossings that we use are open and goods are flowing through.

“What we will face, and it’s concurrent with the withdrawal of the international community from Afghanistan, appears to be a funding crisis.

“We have a need of 200 million dollars. If funding is frozen to anything which is going on in Afghanistan, including the humanitarian operation, that will precipitate a catastrophe here for the Afghanistan people.”

Afghanistan was a poor country, reliant on international aid, even before the Taliban took over earlier this month.

The World Health Organization has already warned that it has enough medical supplies to last it “one week”.

According to UNICEF Afghanistan, 10 million Afghan children are in desperate need of aid since the Taliban swept to power and 4.2 million children, including 2.2 million girls, are out of school.

WHO and UNICEF has called for an “immediate establishment of a reliable and robust humanitarian air-bridge to send in supplies.”