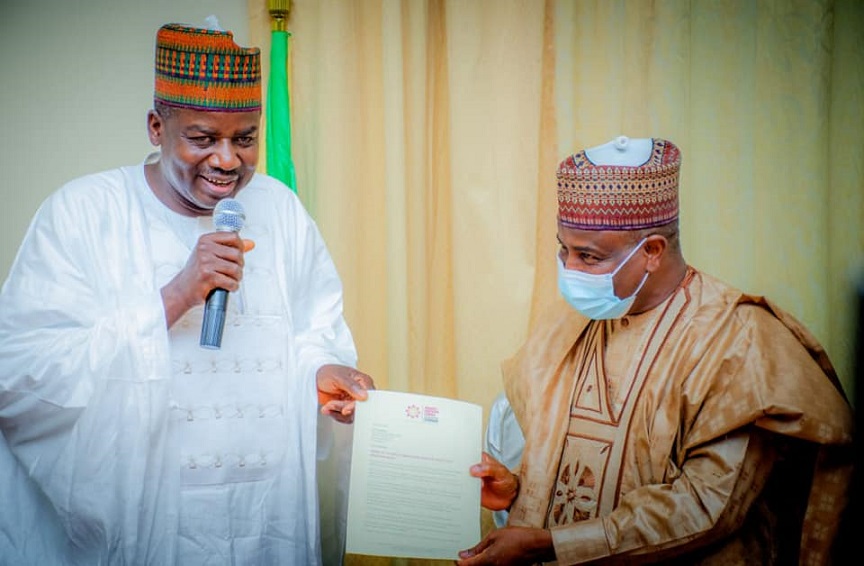 BUA group has donated to the Sokoto state government N2.5 billion for the construction of College of Medical Science at the State University.

The funds were made available by the Abdulsamad Rabiu (ASR) Initiatives Africa foundation, for the construction of College of Medical Science would gulp the over N1.9 billion while that of the works at SASHTG and CNST would gulp over N189 million and over N322 million respectively the Governor stated.

Presenting the donation on behalf of the Chairman of BUA Group, former Minister for Health, Dr. Aliyu Idi Hong, said the ASR Foundation extended the gesture to the Sokoto state government in order to complement its efforts in developing the state.

While receiving the donation, Governor Aminu Waziri Tambuwal directed the state ministry of budget in collaboration with those of higher education and health to begin preparations for a supplementary budget which would reflect ASR’s contribution and how it would be spent.

Explaining that the directive was for the purpose of transparency, Tambuwal said the state government has to follow due process in compliance with global best practices.

He reeled out some of his administration’s achievements since inception as the declaration of a state of emergency on education, provision of manpower, development of infrastructure as well as the provision of drugs and medicament to the people of the state.

Similarly, he said his administration has completed works on some General Hospitals inherited from his predecessor and built new ones.

These are in addition to the four brand new hospitals that will be provided in rural communities across the state, just as the construction of three 150-bed capacity Premier Hospitals continue apace in each of the three senatorial zones in the state to complement the services to be provided by the 950-bed capacity Sokoto State University Teaching Hospital (SOSUTH) also nearing completion in the state capital.

He further stated that, state government also conceptualized and is about to actualize the provision of Girls Junior Science Secondary schools and three major girls boarding senior secondary school that would enroll not less than 2500 to 3000 students in the three senatorial districts in order to encourage the development of girl-child education in the state.

Equally, he said, a multi-billion naira Government Science Academy located at Kasarawa in the  state metropolis is nearing completion to augment the take-off of an all-girls Nana Asma’u University of Medical Sciences proposed by the Sultan of Sokoto, Muhammad Sa’ad Abubakar, whose foundation has been granted the land upon which the varsity will be built.

The governor also said state government has constructed an ultra-modern diagnostic centre that will be commissioned soon to cater for the conducting of all types of medical tests and examinations.

In his remarks, Dr Hong acknowledged the cordial relationship between the Sokoto state government and BUA group, stressing that the support will go a long way in boosting the envisaged human capital development.

The ceremony featured presentation of an award letter and a dummy cheque by the donor to Governor Tambuwal.