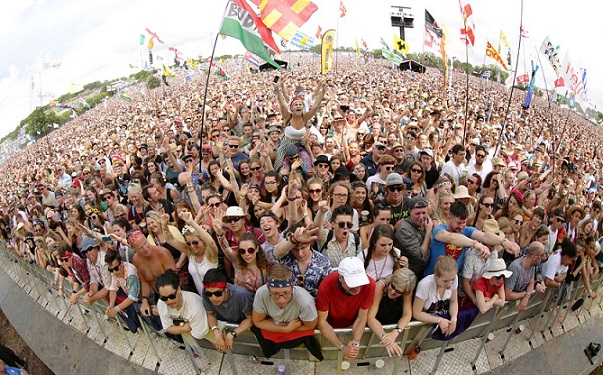 Music festivals and schools returning will lead to a “significant surge” in Covid-19 infections causing concerns for medics, an expert advising the Government has said.

A rise in cases as a result is “realistic” and will happen “despite best efforts” amid the spread of the dominant and more transmissible Delta variant of coronavirus, Professor Ravindra Gupta said.

His comments come as another expert said vaccines should prevent the “significant wave” of hospital admissions seen last autumn, but added there is uncertainty over how big any rise might be this time.

Asked if a surge in cases is inevitable amid summer festivals and the imminent return of schools and colleges, Prof Gupta told BBC Radio Four’s World at One: “Of course there is going to be an associated surge in cases, given that the young people in these events are largely going to be unvaccinated.

“That’s just something that is predictable and will happen, despite best efforts.

“We know that Delta is far more infectious, it ramps up very quickly. We know the lateral flow devices are not perfect. So, we just have to be realistic and say that this is going to lead to a significant surge in infections.”

The member of the New and Emerging Respiratory Virus Threats Advisory Group (Nervtag), who said he was speaking in a personal capacity, noted that some of the Government’s pilot events earlier in the year – which were concluded to have shown “no substantial outbreaks” – had taken place when the Delta variant was not dominant and community transmission was relatively low.

He said: “I think if you did a large event now, and did the same study, you may find something different because, of course, the Delta variant is dominant at the moment.”

Health officials said they are investigating 4,700 cases of coronavirus which are suspected to be linked to the Boardmasters festival, which took place in Cornwall nearly two weeks ago.

Elsewhere it has been reported that more than 1,000 people who attended Latitude Festival at Henham Park in Suffolk last month have tested positive for the virus.

Prof Gupta said clinicians are “worried” about the implications of a surge in cases, which will “cause significant problems for us all”.

Schools in Scotland have already returned after the summer break and the reopening is believed to have contributed to a rise in cases north of the border.

He said: “Anyone who treats patients and is having to deal with the surge in cases as a clinician is worried because things are already very stretched and conditions are not good.

“So, yes, this is going to happen here, and whilst it may not be visible to many in society, it is going to cause significant problems for us all.”

Dr Mike Tildesley, a member of the Scientific Pandemic Influenza Group on Modelling (Spi-M) which advises the Government, said the true impact on Covid hospital admissions of schools returning in the coming weeks will not be known until around the end of next month.

He told the PA news agency: “Probably what we will see is maybe middle of September we might see cases picking up a little bit and it may take a week or two or more for that to spill over into a rise in hospital admissions.

“But to me the biggest unknown, and I think it’s very hard for any of us to call this now, is exactly how big that rise is going to be.

“I’m certainly optimistic that we hopefully shouldn’t get the same significant wave of hospital admissions that we saw last September but the key thing for me is how big is that going to be?”

Prof Gupta added that he would like to see all children aged 12 and above get coronavirus vaccines and that people who are immune-suppressed and those aged over 80 should get booster jabs.

It comes as studies are showing waning immunity against mild illness some months after vaccination.

The Joint Committee on Vaccination and Immunisation (JCVI) is expected to make an announcement in days on whether the UK will press ahead with an autumn booster campaign for 30 million people over the age of 50 and the clinically vulnerable.

The NHS in England has been preparing for such a push to begin on September 6, alongside its annual flu campaign.

On Wednesday a study concluded that the protection provided by two doses of the Pfizer/BioNTech and the Oxford/AstraZeneca coronavirus vaccines starts to wane within six months – with one reasonable worst-case scenario predicting protection could fall to below 50% for the elderly and healthcare workers by winter.

A separate study found 40% of people who are immunosuppressed – either through medical treatment or by disease – generated a lower antibody response compared with healthy adults.

The latest Government figures show there were a further 35,847 lab-confirmed Covid-19 cases in the UK as of Wednesday, and another 149 people had died within 28 days of testing positive.

Meanwhile, around 55,000 children across England and Wales are to be removed from the so-called shielding list.

In Scotland around 1,700 children currently on the list will remain on it, while there has not yet been an update for Northern Ireland.