Menu
Home Sports After the Fight, What Happened!
Sports

After the Fight, What Happened! 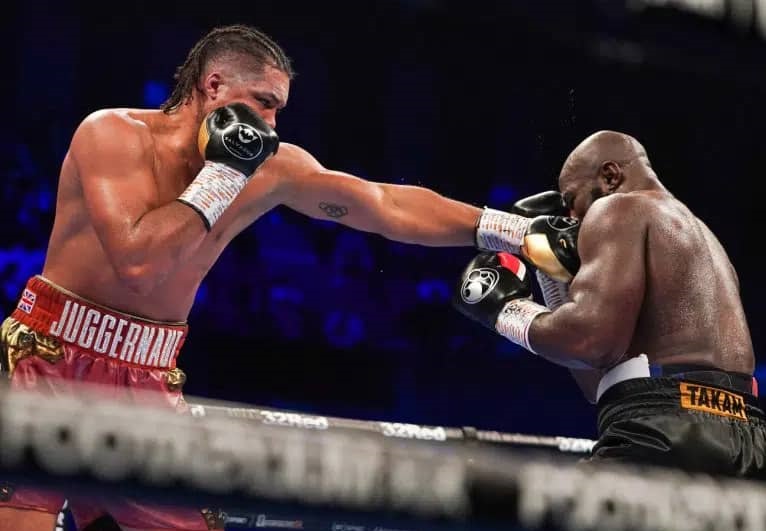 Manny Pacquiao, who took more of a beating last Saturday night in his loss to Yordenis Ugas than many boxing fans may have thought.

Although Pacman was competitive throughout the fight with the 2008 Olympic bronze medalist Yordenis, he fell apart in the last four rounds when the Cuban started to open up with his heavy artillery.

In a video posted on Tuesday showed how beaten up the superstar looked three days after his devastating 12 round unanimous decision to WBA ‘Super World’ welterweight champion Ugas last Saturday night.

Pacquiao’s wife, Jinkee, was seen feeding the beaten-up looking Pacquiao with what appeared to be a bowl of soup, and one got the sense from watching the fight that he was feeling the effects from the punishing fight with Ugas.

Also, Pacquiao looked down in the dumps over his loss, which could signal the end of his 26-year professional career. Although Pacquiao has lost before, he fought in those defeats.

Last Saturday, Pacquiao didn’t perform to the standards that we’d seen from him. He was slow, lethargic, and his reflexes and foot speed were missing.

Another person after his victory in his last thinking big is Joe Joyce, who has signed a multi-fight contract extension to continue his journey towards becoming world champion under the promotional banner of Queensberry.

He is unbeaten in 13 professional fights, the 2016 Olympic silver medallist has committed his fighting future to Frank Warren and Queensberry, who he linked up with in May 2019 and launched the promotional partnership with a resounding stoppage of another world title challenger, Alexandr Ustinov.

Since this time, the now 35-year-old has recorded impressive victories over Bryant Jennings and German Michael Wallisch.

Joyce then propelled himself into public prominence as a professional when he took the unbeaten record of young heavyweight sensation Daniel Dubois in late November and, in turn, took over the high WBO ranking accumulated by the 23-year-old.

In his most recent bout Joyce overcame an early onslaught with typical tenacity to finish the durable former World Title challenger Carlos Takam.

He is now in pole position to fight the winner of the forthcoming heavyweight title fight between unified champion Anthony Joshua and former cruiserweight ruler Oleksandr Usyk.

– including all of North America, South America, and Oceania as well as much of Europe, Asia, and Africa. A full list of markets where fans can watch the blockbuster event on DAZN can be found here