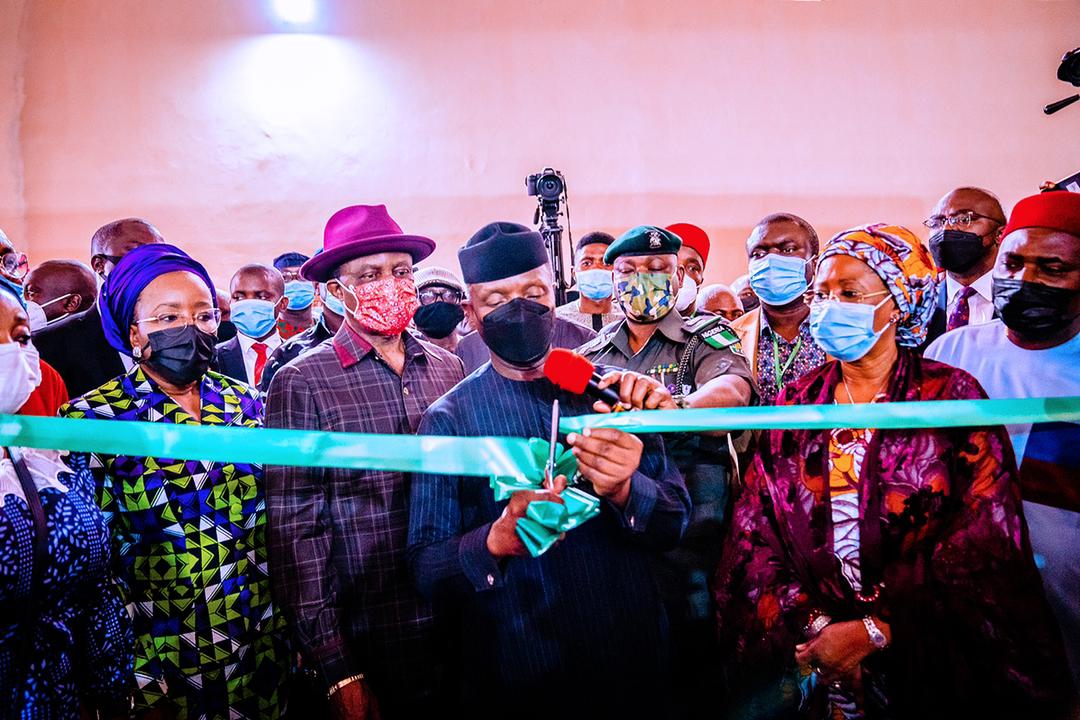 In a speech at the event, Osinbajo described the complex as “one-stop-shop digital leather and industrial hub.”

He said the complex had the capacity to produce shoes that would compare favourably with those produced in Europe.

According to the vice president, the project represents the nerve centre of the Micro Small and Medium Scale Enterprises in Nigeria.

He said the Federal Government was fully committed to improving commercial and economic environment and willing to complete all its ongoing projects in the South-East.

The News Agency of Nigeria (NAN) learnt that the complex was jointly equipped by the federal government in conjunction with Anambra Government.

Osinbajo said the project was embarked upon to boost the drive to industrialize the shoe and leather industry in the country.

“It is the day when the Industrialization Pillar of my Economic Blueprint finally takes firm root.

“This is Nigeria’s most modern Micro Small and Medium Enterprises (MSMs) complex.

“It houses an ultra-modern industrial shoe-making hub with cutting edge technology, having the capacity to produce shoes that compare at all levels with shoes made in Europe.

“This complex also houses nine agencies that play critical roles in nurturing the industrial sector of the country,” Obiano said.

He listed the agencies to include Bank of Industry, Standard Organization of Nigeria, Corporate Affairs Commission, Small and Medium Enterprises Development Agency of Nigeria and Nigerian Export Promotion Council.

The governor said the complex was the perfect interchange between dream and opportunity.

The Managing Director of ASSBA, Mr Clement Chukwuka, said the agency prudently utilized the N2 billion MSME’s facility from the CBN to establish the complex.

He said the project would serve as a legacy with multiplier effect to the state and nation at large.