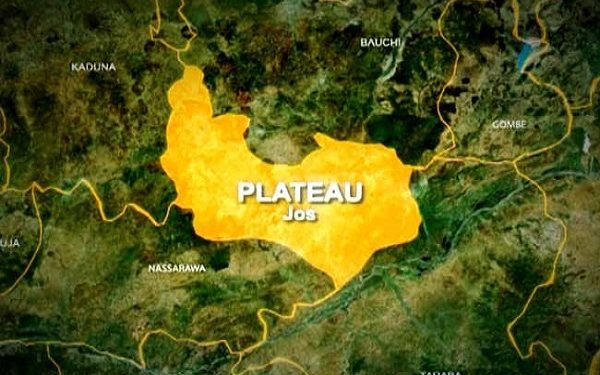 The Christian Association of Nigeria (CAN) Plateau chapter, has condemned the killing of commuters at Rukuba road, in Jos North Local Government Area of the state.

Plateau state CAN Chairman, Reverend. Father. Polycarp Lubo in a statement on Sunday in Jos, urged security agencies to fish out the perpetrators.

Stallion Times reports that hoodlums had on Saturday attacked a convoy of buses conveying commuters, killing 22 persons, and injuring scores.

“We wish to express deep pain over the recent attacks in Riyom, Jos North, Barakin Ladi, and Bassa, leading to loss of lives and property.

“The leadership of CAN totally condemns these attacks and pleads with security agents to ensure normalcy is restored.

“Every human life is precious and the unlawful killing of any human being, regardless of their identity and affiliation, is unacceptable.

” We mourn with the families of those who lost their loved ones, as well as those who have been displaced or suffered harm of any kind.

“We urge security agencies to swiftly arrest all those involved, to bring an end to the needless killings,” he said.

Lubo said the association would continue to work toward ensuring peaceful coexistence in the state.

In the same vein, Alhaji Shehu Usman, Chairman, Jos North Local Government of Plateau, has warned residents against revenge, over the killing of commuters in the area.

Usman gave the warning in a statement by the Senior Information Officer of the local government, Philip Eplong, in Jos on Sunday.

The chairman said the council would not tolerate attempts from any individual or group, to disrupt the already established peace and peaceful coexistence of residents in the area.

He described the recent acts of violence on innocent commuters as unacceptable, cautioning residents against the temptations of taking revenge, as security agents were handling the matter.

Usman stated that any person or group of persons, caught in connection with such attacks would be arrested and prosecuted.

The chairman commended the relentless efforts of the Governor. Simon Lalong, inputting mechanisms in place to ensure prompt attention and response to security breaches in the state.

He also commended law enforcement agencies for their prompt response, in averting an escalation of the violence, urging them to put in every effort to apprehend perpetrators of the heinous act and bring them to justice.

“This high level of savagery, inhumanity and reckless disregard for the sanctity of life cannot go unpunished,” he said.

He sued for calm and urged residents to go about their normal businesses.

Usman, however, assured the people that the council would continue to work closely with security agencies, to ensure the protection of lives and property.