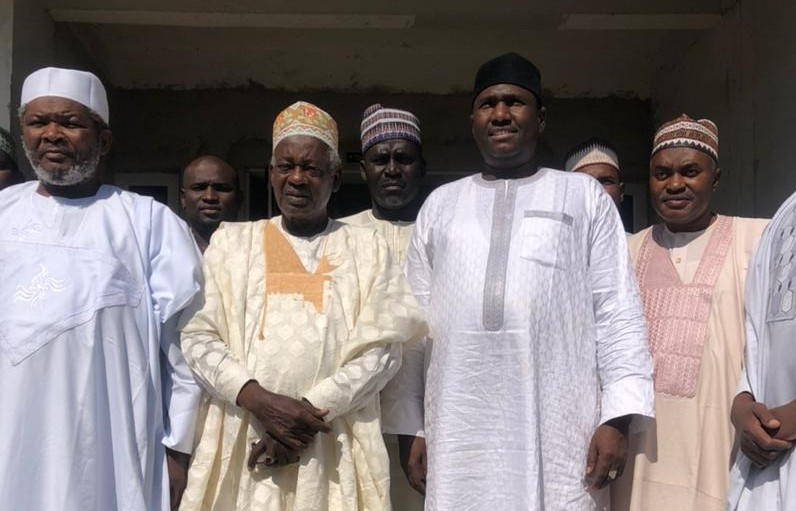 The headquarters of the first Hausa international news-based television station in Kano has been named after the famous broadcaster Alhaji Halilu Ahmed Getso to appreciate his contribution on the practice of journalism in Nigeria.

The Chairman and Founder of the station, Alhaji Ibrahim Makama made this known during a stakeholders meeting at the station in Kano.

He said the decision to name the headquarters as Halilu Ahmed Getso House was borne out sheer recognition of his contributions in journalism for the last fifty years.

“Halilu Ahmed Getso is a household name in the broadcast industry across sub-Saharan Africa and Europe especially for Hausa speaking audiences globally” he stressed.

In his response, Alhaji Halilu Ahmed Getso said he received with a surprise, the news of this good gesture as a life time achievement of his career as a broadcast journalist.

“I have never known the founder; he might have known me of course but his decision on branding my name at the station’s head office has made me reflect on the good side of my days while in active service at Radio Nigeria and the BBC Hausa service”

Alhaji Halilu who cautioned young and upcoming journalists against giving priority for money in the course of their duty, also expressed appreciation on the decision to designate the headquarters after his name.

Tambarin Hausa Television is currently running a test transmission from Kano, northwestern Nigeria and will be commissioned soon to start full transmission of news and programs in Hausa language.