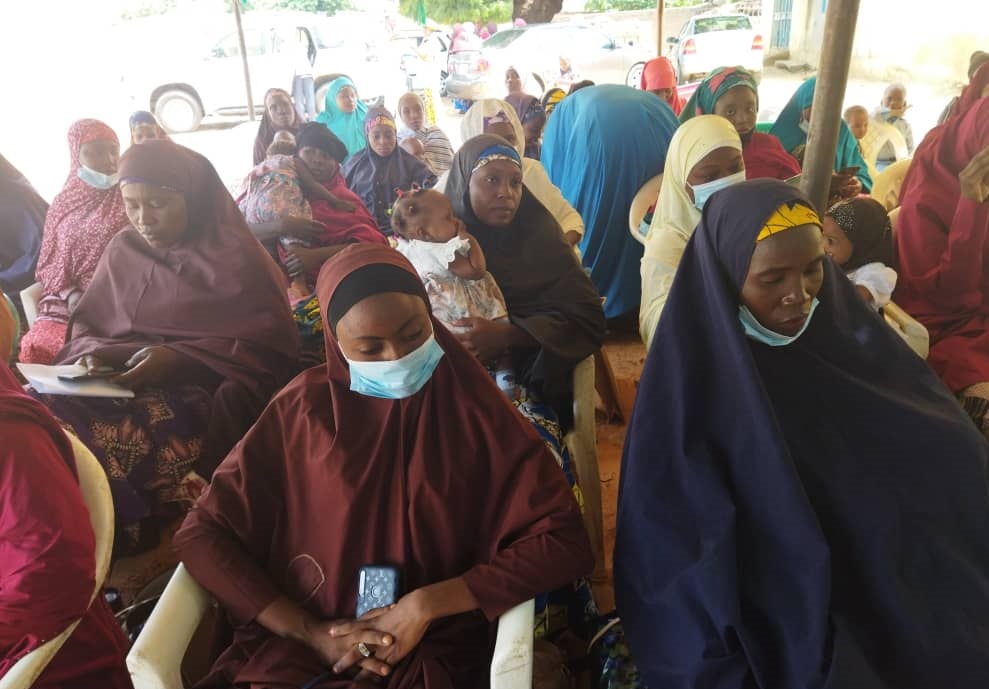 Lactating Mothers in Jigawa state rural communities have testified to the impacts of exclusive Breastfeeding and how it protects their children from Diarrhea malnutrition and other related diseases.

The women made these testimonies during a town hall meeting held at the palace of the District Head of Kiyawa, sponsored by Save The Children as its part of the activities for the celebration of “World Breastfeeding Week.”

In her testimony Malama Sahura Dahiru Hassan said, they have seen a classical different between the children that were breastfed exclusively for six month and those that were not.

“This is my child whom I breastfed exclusively, he looks very healthy and did not suffered diarrhea and other child ailments like his senior brothers.”

“Thank you save the children, our traditional leaders and health workers who encouraged us to embrace the practice of exclusive Breastfeeding,” she added.

For Mrs Asabe Ibrahim of Gidan Lalai village, she described exclusive breastfeeding as a new practice that save children in her community and parents from incurring avoidable medical expenses.

She said, with exclusive breastfeeding their children looks physically fit and healthier, well grown and without threats of attending clinic.

“To us exclusive breastfeeding has male differences and we urged our fellow lactating mothers to embrace it for the betterment of their children and family,” Asabe declared.

In his speech at the ceremony, the Disrict Head of Kiyawa who is also the Danmasanin Dutse, Alhaji Adamu Aliyu Kiyawa said breast milk has been recommended as best for suckling babies to develop strong immune and disease-resistant bodies.

According to the district head, God has created breast milk to feed the newly born, saying it contains all the nutrients required for both the child’s growth and protection.

Alhaji Adamu Aliyu admonished women to cultivate the habit of exclusive breastfeeding of their children up to six months before introducing them to other foods.

He said exclusive breastfeeding breeds affection between the mother and baby, adding that the first yellowish milk discharged by the mother serves as the first antigens for the child.

On their part, Save the children called on government, private organization and the public to support rigorous awareness campaign for optimal exclusive breastfeeding practice to tackle high rate of child mortality in Nigeria.

“Save the children maintained that, exclusive breastfeeding is one of the cost-effective interventions for the prevention of child malnutrition, diarrhea, pneumonia and other related disease that kill children or caused them permanent disability.”