Menu
Home Sports Will it be a night for the legend??
Sports

Will it be a night for the legend?? 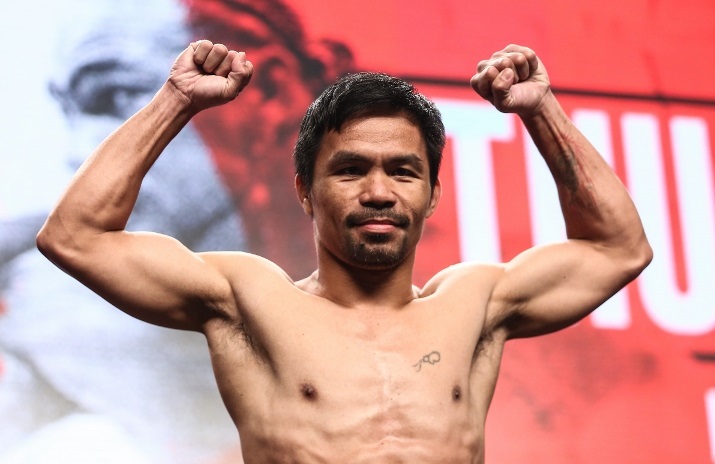 A true legend in the sport, Pacquiao seeks one more monumental win on August 21 to add to his first-ballot Hall of Fame resume.

Canelo Alvarez now has a fight. He will be challenging Dmitry Bivol for his WBA light heavyweight title at a catchweight between 168 and 175 at still be determined date. Team Bivol is still waiting for confirmation from Alvarez’s management at what catchweight they want the fight.

If Canelo wants full credit for a victory over Bivol, he needs to move up to 175 like the old school fighters and try to take his WBA title the old-fashioned way without gaming the system.

Finding the right catchweight amount that will work for Canelo (56-1-2, 38 KOs) and Bivol is important because both fighters will be at a disadvantage if it’s slanted too far one way or the other.

If Canelo were to move up the full seven pounds to 175, he would be giving up some size to the naturally bigger Bivol. Putting the extra weight on would take more time for Canelo, which is why the date for the fight may need to be moved.

The September 18th is the date that Canelo had planned to fight on, may need to be moved to help accommodate Bivol (18-0, 11 KOs) due to the bout.

Bivol needs time to cut weight to whatever the agreed-upon catchweight number is. If Canelo, 31, wants to use his A-side muscle, he’ll insist on forcing Bivol to come down as low as possible to drain him a little to get an edge.

170 lbs would likely be as low as Canelo could ask for without him getting criticized by the boxing public.

If Canelo wins Bivol in a catchweight that is low that won’t make him receive credit for such a win. He’ll be seen as someone that had to drain his opponent to win.

Legacy Management will host a strong card next Friday from the prestigious Atlantis, The Palm Dubai. This will be the first installment of the Legacy Boxing Series from the international management company which will showcase many fighters from its own stable.

Topping the show will be the former WBA World champion, Austin Trout (33-5-1). The American southpaw is on the search for a chance to become a 2x world champion, however, Mexican Alejandro Davila (22-2-2) will be looking to disrupt Trout’s plans as the pair will face each other over ten rounds.

Anthony Sims Jr (20-1) will be looking to get back to winning ways after his first career defeat against Roamer Alexis Angulo (25-1) last year. The Magician will battle out with Hernan David Perez (8-3) for the WBA Inter-Continental Super Middleweight title.

Cuban cruiserweight Mike Perez (24-3-1) makes his long-awaited comeback against Tony Salam (14-2) for WBA Inter-Continental Cruiserweight title. Perez has made it no secret that he is eager to get another crack at a world title, having lost to cruiserweight king Mairis Briedis for the WBC title in 2017.

Talented Bekman Soylybayev (12-0) from Kazakhstan puts his undefeated record on the line, ready to do battle with the Mexican knockout artist Ramiro Cesena (13-0, 11 KOs).

Argentine Fernando Daniel Martinez (12-0) takes on Gonzalo Garcia Duran (18-21-2) in the super flyweight division over eight rounds. Martinez looking to continue his build towards a world title shot being ranked at number 5 by the WBC.

Finally, German Ramona Graeff makes her professional debut against Karina Kopinska (14-38-4) on what promises to be a great night of boxing live on FITE.