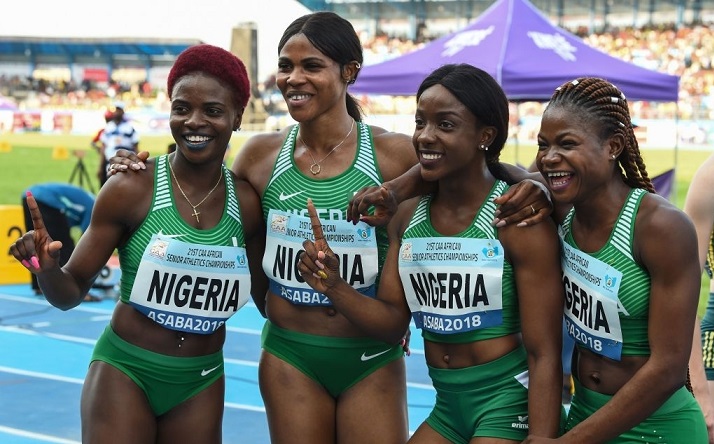 Nigeria’s women’s 4 x 100 metres relay team were unsuccessful on Thursday as they could only turn in a time of 43.25 seconds in their heat at the Tokyo Olympic Games.

The News Agency of Nigeria (NAN) reports that the result could only place the team in sixth position in the eight-team heat 2 of the competition’s first round.

The result was a bad one for Team Nigeria, which had Tobiloba Amusan, Grace Nwokocha, Patience George and Ese Brume and which ran from lane 4 of the heat.

Germany won the heat with a season best 42.00, while Switzerland were second with a national record of 42.05 and China third with 42.82.

All three teams qualified ahead of Poland and Brazil who had their season best records of 43.09 and 43.15 for fourth and fifth places respectively.