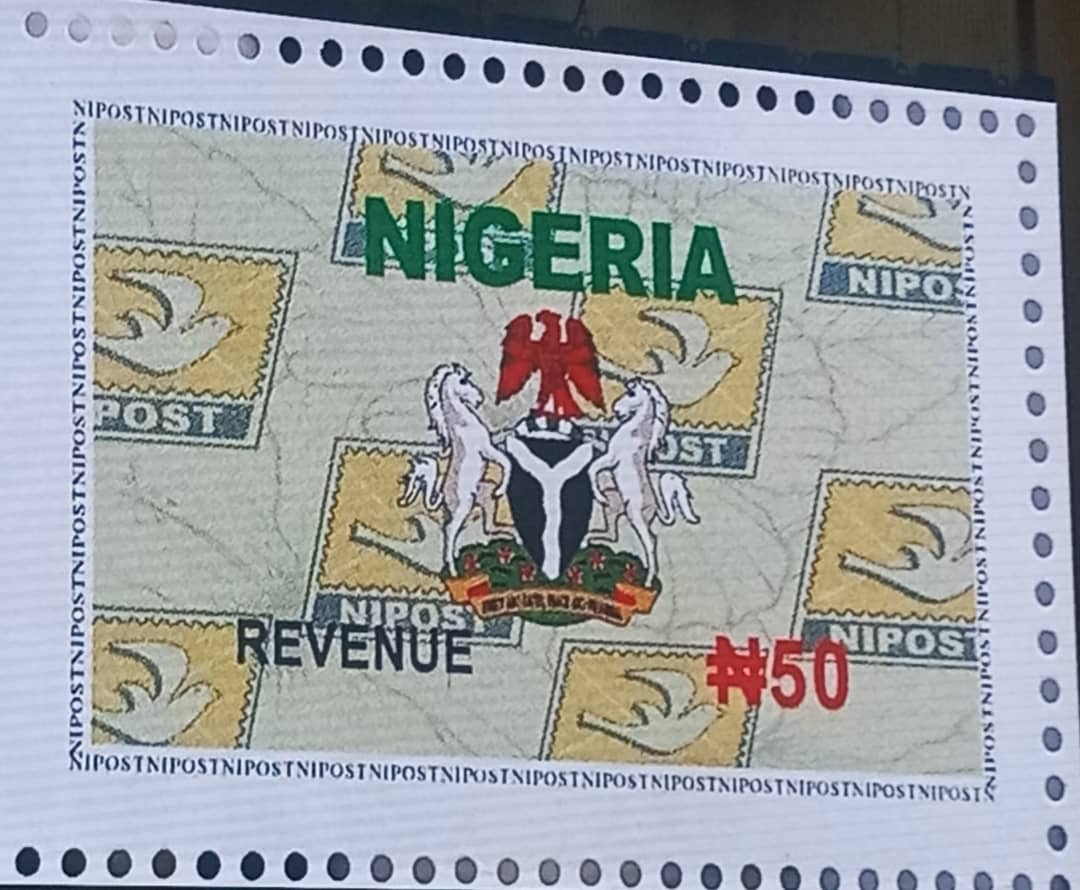 Minister of Communications and Digital Economy, Dr. Isa Ali Pantami, on Tuesday, led the chairman of NIPOST, Maimuna Yaya-Abubakar; Postmaster-General of the Federation, Dr Ismail Adebayo Adewusi, in unveiling the stamp at a ceremony held at the NCC Digital Complex, Abuja.

The minister said plans had reached advanced stage to unbundle NIPOST, adding that “soon, we will be unveiling other parts of NIPOST such as Property and Development Company, Transportation and Logistics Company, NIPOST Microfinance Bank, among others. We will achieve this by leveraging on all our infrastructure around the country.”

Confirming the crucial role of NIPOST in the scheme of things in Nigeria, the Minister said “NIPOST is one of the most important institutions of government historically, economically, socially and politically. But for many years before this administration came, NIPOST was neglected completely.”

In her remarks, Yaya-Abubakar said the official unveiling of NIPOST revenue stamp represented a quantum leap in the re-engineering efforts of the NIPOST, aimed not only at repositioning the agency for optimal performance but stimulating it to contribute to the socioeconomic development of the country.

“We are thankful that the dust has finally settled with the signing into Law of the Amended Finance Act, 2020 by President Muhammadu Buhari. NIPOST is back to its legal position of administration of stamps: as the exclusive producer and custodian of stamps in Nigeria.

“There is no need overstating the obvious which is that NIPOST stamps have been unquestionably used since time immemorial as the only instrument for denoting duty.

“Today’s event is a testament that NIPOST is finally free from all forms of constraints (legal and fictional) to execute its mandate without let. But the truth is that we couldn’t have achieved this alone,” she said.

Adewusi, speaking at the event, reiterated that the postal sector is undergoing rapid changes and development in its operations.

He said, “Stamps have been used in Nigeria since 1874, when Nigeria pioneered the production of stamps with the issuance of what was then known as the stamps of Lagos.

“The use of stamp is not limited to payment of postal services alone. Stamps also serve as objects of visual communication and as a dependable recorder of events for posterity.

“Through stamps, NIPOST has documented Nigeria’s history, educating and preserving our national heritage, among others. To describe NIPOST as a pride of immense value is not only appropriate to the Nigerian public, but also to the international community. NIPOST over the years has played strategic role in the socio-economic and political spectrum of our economy…

“The revenue stamps, which come in a single denomination of ₦50, will be made available in our post offices nationwide.”

Chairman, House Committee on Communication, Prince Akeem Adeyemi, disclosed at the event that the NIPOST Repeal and Re-enactment Bill, 2021, has passed the third reading.

“The bill seeks to unbundle NIPOST for efficient service delivery by creating a commission to regulate its affairs,” Adeyemi said.

Recall that NIPOST and Federal Inland Revenue Service (FIRS) were at loggerheads over which of the agencies should be responsible for collecting stamp duty charge, but it was resolved by federal government who replaced FIRS with NIPOST as stamp duty collector.