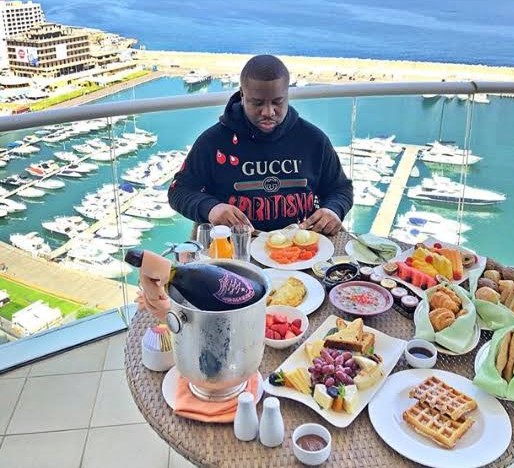 There is often a thin line separating fiction from nonfiction. That is why Frederick Forsyth is my most favorite writer. I first read, ‘The Day of the Jackal’ between the halcyon days my WAEC Mock and the “Almighty June” in 1980. His ‘Devil’s Alternative’ and ‘The Deceiver’ still feature in my modest collection.

In the ensuing years, I have unfortunately lost over 10 of my Forsyths to notorious friends that never return books. The annoying part is that you never get to ever remember who borrowed what book. These days reading downloaded PDF copies just don’t give me that old school hardcopy feel.

All Frederick Forsyth scenarios have a plot within a plot hidden in plain sight.

Like other Nigerians I have been following recent events concerning DCP Abba Kyari with keen interest. How did a highly accomplished supercop get sucked into a vortex of such an international sting operation?

First is a question; is the DCP’s FBI indictment a smear campaign reminiscent of ‘The Price of the Bride’ in Mr. Forsyth’s 1991 short story collection – ‘The Deceiver’?

Second is Abba Kyari’s characteristic vaingloriousness and penchant for self advertising gambits.

Abba and Ramon despite being on opposing sides of the law have a lot in common. Both are seriously afflicted with “complex”. This is what blindsided them to become eminently clueless as Machiavelli adds, “it makes men go beyond the mark, and causes them to sacrifice a certain good for an uncertain better.”

Why did these otherwise highly intelligent young men wantonly left a digital communication trail that is so glaringly evident?

This is not only a poignant reminder that, “Big Brother is always watching” but a benign confirmation that if we succeed, it is usually at the point of the sword, and that we die with the weapon in our hand.

Voltaire’s dictum notwithstanding was Mr. Kyari set up? If so to what objective?

There is an umbilical link between Frederick Forsyth’s nonfiction first book in 1969, ‘The Biafra Story’ and his 2015 memoirs, ‘The Outsider: My Life in Intrigue’. In the latter, Mr. Forsyth confessed to having served as an MI6 operative and influence peddler in Nigeria under the cover of a BBC correspondent and as a freelance reporter in Biafra which formed the basis of the former.

As his close friendship and association with Dim Chukwuemeka Odumegwu Ojukwu was well known did he set up his old friend to secede from Nigeria? If so to what objective?

Here is a brief summary of ‘The Price of The Bride’,

“During a visit by the Soviet Military Intelligence Corps (GRU) to Britain, a Corps member phones the Central Intelligence Agency’s London outpost, and defects to the US, introducing himself as KGB Colonel Pyotr Orlov.

Orlov’s information proves to be highly valuable, leading to the arrest of Soviet spies in many countries, and providing important information on Soviet military planning. While the CIA is delighted to have such a valuable asset, Sam McCready of MI6 has a gut feeling that something might be wrong with Orlov; his suspicion is confirmed by the head of the KGB’s London residency, who secretly works for McCready (Codename Keepsake).

Keepsake claims that Orlov is not a defector, but a plant, tasked with denouncing the CIA’s Deputy Director (Operations), Calvin Bailey, as a Soviet mole in an attempt to bring chaos and distrust to the entire agency.”

Interestingly, here is another summary on Mr. Forysth’s latest book entitled, The Fox (2018);

“The British Prime Minister calls Sir Adrian Weston, former Deputy Chief of the British Secret Intelligence Service, and asks him to handle a sensitive case. The computers of the Pentagon, the NSA, and the CIA have been hacked by a young British teenager, Luke Jennings, who was subsequently captured in an SAS raid in London. Weston, an ex-Parachute Regiment soldier-turned-MI6 officer, devises a plan to take advantage of Jennings’ skills in order to cripple Iran’s nuclear program, Russia’s intensification programs, and North Korea’s nuclear program.”

Every set-up must have a useful idiot, a scenario and a grandmaster that shuffles everything around. While John Le Carre (1931-2020) refers to such as, “the great game”, RD Laing (1927-1989) demurs, “They are playing a game. If I show them, I see they are, I shall break the rules and they will punish me. I must play their game, of not seeing I see the game.”

Simply put, there is a grand scheme in the order of things. The system is not a respecter of strong individuals but of strong institutions. “Big Brother” is the leveler. It is like a train coming downhill, you either get on it or it runs over you.

Whatever the answer, Tina Turner retrospectively admonishes us about Abba Kyari in her 1985 song, “We Don’t Need Another Hero”

Nigerians should prefer strong institutions instead.