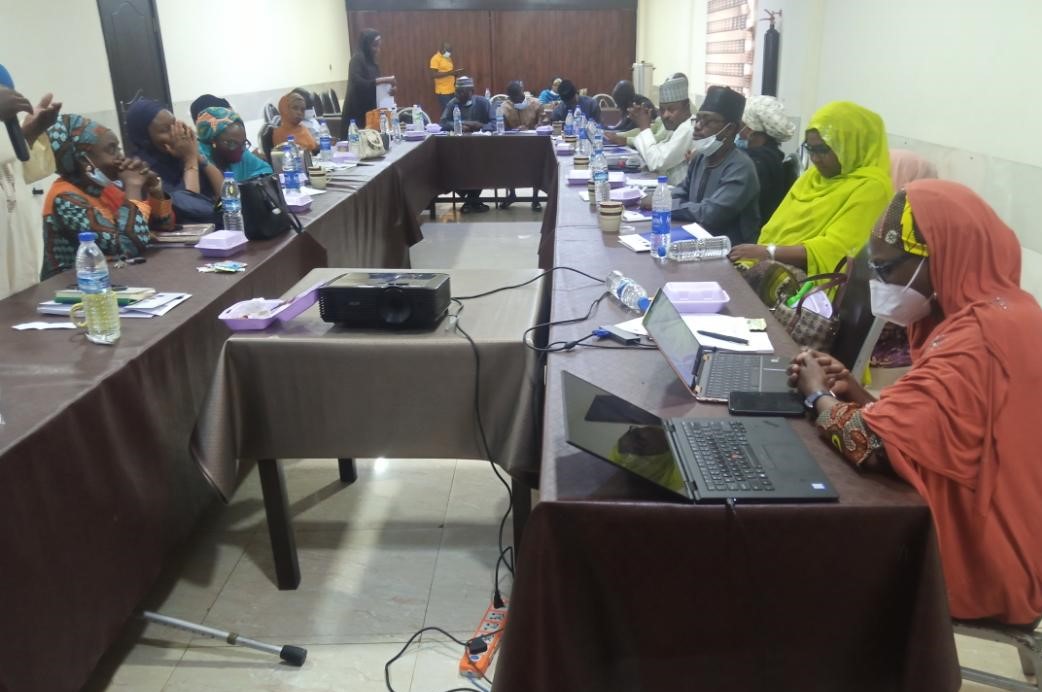 Sexual and Gender-Based Violence (SGBV) refers to any act that is perpetrated against a person’s will and is based on gender norms and unequal power relationships. It encompasses threats of violence and coercion. It can be physical, psychological or sexual in nature and can take the form of a denial of resources or access to services. It inflicts harm on women, girls, men, and boys (UNHCR).

Worried by the rising cases of SGBV in Kano and the need to have a data base for perpetrators, the ministry of justice  with technical support from Rule of Law and Anti- Corruption (RoLAC) a European Union Funded and British Council managed program organized a meeting for service providers to brainstorm on how to craft a Sexual Offender Database (SOD) for the state.

The objectives of the meeting are to have a shared understanding of what is the SOD, to obtain input into the design and operation of the Sexual offender and Service providers registers, to foster clarity of roles and collaboration among key government stakeholders for the successful establishment of the database.

It is also to set the terms of reference for the formation of a multi-agency working group to manage the state sexual offender database and agree on guidelines for the roles of the service provider accountability group.

Speaking to newsmen at the meeting, a Consultant with RoLAC, Hajia Amina Salihu said: “crafting Sexual Offender Database will mitigate the prevalence of rape and other gender base violence in Kano.

“Establishing a SOD is imperative because data from different sources, the Sexual Assault Referral Centers (SARC’s), the Police, NSCDC is showing that there is prevalence of sexual based violence in Nigeria  and Kano has the highest number.

“The three key ideas emerging from our discussions are the need for the Justice System to be more effective to bring perpetrators to book (to know that offending or repeat offending is not acceptable), bringing together Service Providers to better understand their roles, support them to know what else need to be done and provide technical capacity to all stakeholders responsible for reporting of cases, Investigation, Prosecution, Rehabilitation, Counseling and Awareness Campaign,” she added.

The SOD, which is already set up at the national level is hosted on NAPTIP website and more states are linking up their SOD with the national hub. The SOD is a documentation of reported, arraigned or convicted cases of sex violations as defined by the VAPP Act 2015.

The register is accessible to members of the public and security agencies.

It has layers of accessibility with data on those convicted available directly on the website while other categories (such as reported, arraigned but not convicted) can be accessed based on demand.

While Service Provider Register has the objective of protecting the rights and interest of victims (and survivors) of violence. It is a register of organizations or individuals who render services that can be considered necessary to create safe spaces, prevent, report, or treat cases and instances of sexual abuse.

The importance of the SOD is it serves as a deterrent as offenders are named and shamed, as a source to verify profiles of would-be employees in sensitive positions such as childcare, as an income earner, as a biometric database to share transborder verifiable information of offenders to prevent repeat offending and serves as evidence of a safe space where the onus is not on the survivor to prove rape or culpability.

The National Sexual Offender Database was crafted in 2018. https://nsod.naptip.gov.ng/

Participants at the meeting bear their minds on crafting the SOD.

Dr. Kabir Hamisu Kura is Executive Director, Community Development Initiative working around health, education and good governance. He said everybody should support Sexual Offender Database initiative because the lack of database is making people not to believe that the fight against rape is for everybody.

He added that there is high rate of rape and SGBV against women in the society and people need to know about it so that they can find a better way of curbing it.

“If people know that after being indicted, they can be traced and their history will remain in public domain as sexual offender, they are bound to think twice before committing those offences” She added.

Experts say the sexual offenders’ database will serve as name and shame and could reduce the prevalence of rape and other forms of SGBV if cases are reported and properly documented.

SOD can’t come at a better time than now. We need it to track offenders to reduce to the bearest minimum sexual offences GBV.