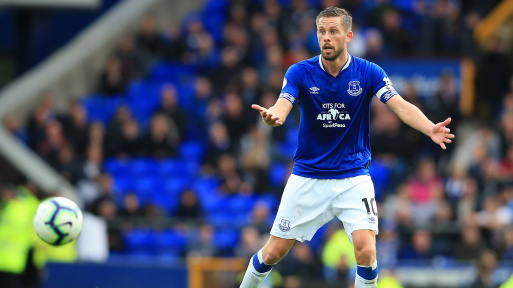 Everton midfielder, Gylfi Sigurðsson has been arrested for alleged violation against a child according to Icelandic press, Stundin.

Manchester police arrested Gylfi Sigurðsson, an Everton player in the English league and the Icelandic national team, on Friday on suspicion of sexual offences against a child.

Everton confirmed yesterday that a player in the team’s main group had been sent off the team due to a police investigation. “The company will continue to support the authorities’ investigation and will not issue further statements this time,” the company said in a statement.

The British newspapers Daily Mail and The Sun, among others, had reported the arrest yesterday without mentioning Gylfi by name. In their news, it was stated that the police had searched Gylfi’s house because of the case, but after his arrest, he had been released on bail. It was revealed that the player was 31 years old, married and that the accusations were serious.

Gylfi is one of the best footballers in Icelandic history and has had a successful career as a professional. As a teenager, he played for FH and Breiðablik before joining Reading in England at just 16 years old. In 2010, his contract was sold to 1899 Hoffenheim in Germany where he played for two years.

After a loan spell at Swansea in Wales, he joined Tottenham Hotspur. He returned to Swansea before being sold to Everton in 2017 for a record fee. He has played there ever since and has been the team captain. Gylfi was not on the list of the team’s players this weekend when the team played a practice match.

Sigurðsson has played 78 national games for the Icelandic men’s national team and scored 25 goals in them. He was a key member of the national team when Iceland played in its first major tournament, the European Championship 2016, and reached the quarter-finals after a glorious victory over England. He was also in the group at the 2018 World Cup.

Gylfi is the owner of the fishing company Blikaberg, which he has run together with his father and brother. In 2012, he brought ISK 38 million to the country through the Central Bank of Iceland’s investment route to invest in its operations.

Eid-el-Kabir: Garo Urges Muslims to be Generous to one Another