A Draw and Some Options for the Champ 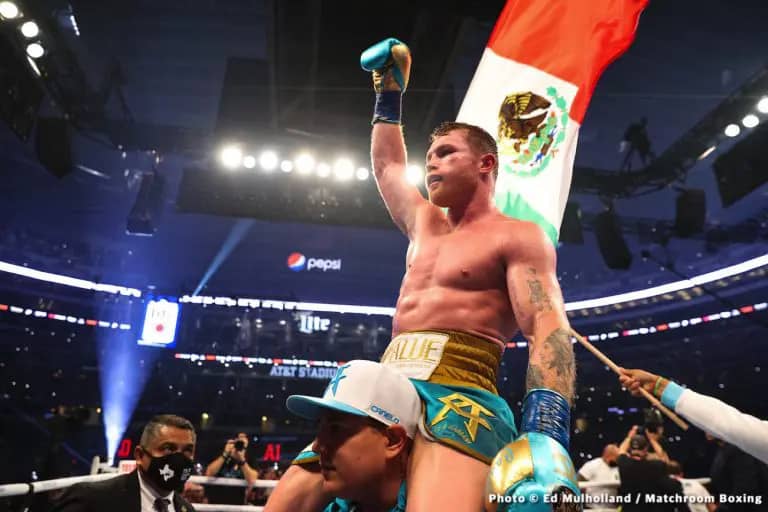 Jermell Charlo and Brian Castano fought to a draw Saturday, denying either a historic victory that would have crowned one of them the first four belt undisputed champion in boxing’s super welterweight division.

The showdown marked the first time all four 154-pound belts were on the line with Charlo keeping his three (WBC, WBA and IBF) and Castano retaining the WBO strap as a result of the draw.

But the fight proved to be closer than expected with more-aggressive Castano proving he could take Charlo’s best punch and deliver heavy blows of his own, especially in the middle rounds at the AT&T Center in San Antonio, Texas.

Judges delivered a split decision draw with one having it 114-113 for Argentina’s Castano, another 114-114 and the third raised eyebrows by scoring it a one-sided 117-111 in favour of American Charlo.

Both fighters thought they won the bout, Charlo because he almost knocked down his rival in the second round and Castano because he controlled the tempo in the middle rounds.

Eddie Hearn’s deadline for IBF 168-lb champion Caleb Plant and his management at PBC ends this Sunday, July 18th, to get the Canelo Alvarez fight negotiated for September. Plant, 28, will be out of luck and miss out on his dreams of a $10 million payday against Alvarez.

There are rumors that PBC is offering Canelo a three-fight deal for $100 million. If true, that’s an offer that would be difficult to turn down for Canelo, especially if it opens the door for him to fight Jermall Charlo, Plant, and David Benavidez.

Charlo is the fight that Canelo wants. If Canelo likely won’t agree to the three-fight deal if it means he has to fight the former two-time WBC 168-lb champion Benavidez (24-0, 21 KOs). Benavidez is a different story, which might be the deal killer. He’s too dangerous for Canelo.

According to the Matchroom Boxing CEO Heard, Canelo will move up to 175 to challenge Artur Beterbiev or Dimitry Bivol for their world titles.

We don’t know if Hearn was blowing smoke, using Beterbiev and Bivol as names to get Plant & PBC to agree to the deal that Canelo wants.

Knowing how careful Canelo is when selecting his opposition, it isn’t easy to take what Hearn says seriously about him, using Beterbiev & Bivol as his Plan-B options.

Canelo hasn’t faced a real threat that could beat him since his rematch with Gennadiy Golovkin in 2018. Since that fight, Canelo has arguably been cherry-picking against flawed fighters.

Hearn said earlier this week that if the fight with Plant (21-0, 12 KOs) isn’t negotiated by the end of today, he won’t be fighting WBA/WBC/WBO super middleweight champion Canelo (56-1-2, 38 KOs) in September.

If Canelo walks away from the negotiations with Plant, he’ll have to fight someone really good. Hearn has obviously mentioned Bivol and Beterbiev, neither of which likely has any real chance of fighting Canelo.

The Mexican star isn’t stupid. Canelo knows what’ll happen if he fights Beterbiev or Bivol, which is why he Kovalev when he moved up to 175 to fight for a world title in 2019.

Canelo could have easily fought Beterbiev or Bivol, but he chose the over-the-hill 36-year-old Kovalev. That says it all. Alvarez didn’t want that smoke, and he still doesn’t want it.

So, if Canelo walks away from the Caleb Plant fight, the boxing public will demand that he fights one of those guys: David Benavidez, Artur Beterbiev, Dimitry Bivol, Jermell Charlo, Demetrius Andrade or Gennadiy Golovkin.

It won’t work if Canelo cherry-picks Errol Spence Jr or finds another obscure champion to fight. The boxing public has watched Canelo take on soft jobs for three years since his controversial win over Golovkin in 2018, and they want to see him fight a live body.

KO the new week. It is special week for celebrating.