Why I Did Not Join Rallies Organized by Igboho – Gani Adams 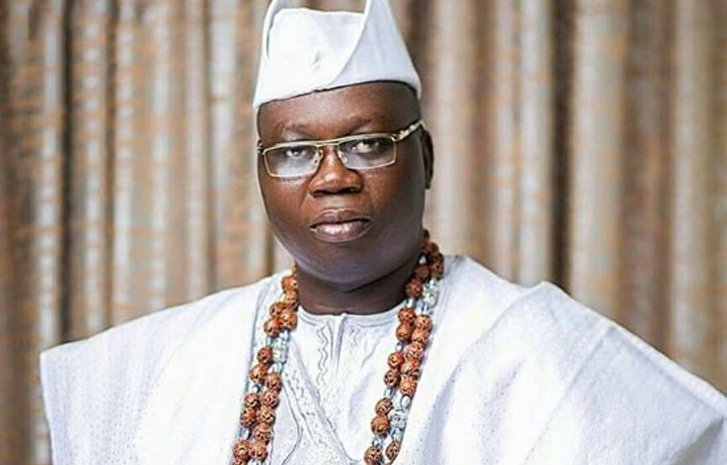 The Aare Onakakanfo of Yoruba land, Gani Adams has explained that his position as the king of warriors in Yoruba land does not allow him to participate in the Yoruba Nation rally organized by agitators.

He made the submission while explaining why he has not participated in any of the rallies organized by Yoruba nation agitator, Chief Sunday Adeyemo popularly known as Sunday Igboho.

Adams in an interview with BBC Yoruba noted that Igboho can’t be blamed for his agitations as his actions are a direct result of dissatisfaction with the state of things in Nigeria.

The Kakanfo added that he has been in a similar position in previous times but he has learnt many valuable lessons on strategies that can be deployed to address such situations rather than join open protests.

“Sunday’s emergence in October was a result of the injustice and the deprivation that has happened over time. Some tribes especially ours believed we were no longer secure.

“On this issue of self-determination, let us ask ourselves apart from the fact that Sunday spoke too much, you cannot blame him, he just started, I’ve been on the struggle for 28 years.

“The level I was in year 2000, I also made some mistakes and I agree; we were talking then, attacking elders too and that’s the level he is now and we must not blame him too much. When he started, he has not used gun to kill anyone, he is just doing protest.

“When he started the protest round South West, truthfully, he added my name, and I called him I said Aare cannot join a protest, you want me to spoil the age-long Yoruba tradition.

“I’m the king of warriors. There are some kinds of Kings that are more than the Aare. This is the position of all Yorubas, I’m just the custodian.

Although I was installed by the Alaafin but my position as the Aare is for all Kings in Yoruba land, it is a position that must be useful for all Yoruba monarchs.

“How will it sound if a whole Aare is in a protest, and he is being tear gassed? And they should be pushing Aare the way they were pushing Oba Ogboni, and the next day, he changed his voice after he was arrested, all these things I’ve done in the past.

“My current position I expected them to use me on strategy, on connection and to use my office to achieve a lot of things.

“Not all monarchs are against self-determination, some are just using their wisdom. I know of Oluwo, and Oba Kuta, that are against Odua Republic,” Adams stated.

On the recent raid by operatives of the Department of State Services (DSS) on the Ibadan residence of Igboho, Adams condemned the action of the security operatives.

He said “According to a rumour which I’m yet to confirm, three herbalists came with DSS for the raid and when they finished the raid some people also said the DSS was also sent back to pick up the cats in his house according to instructions, so definitely those who surrounded him (Igboho) that caused his travails.”