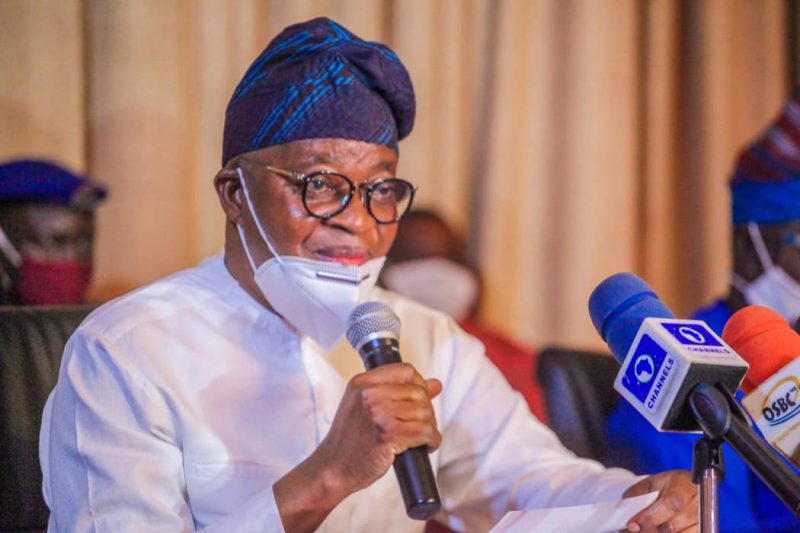 Osun State government began peace initiatives on Wednesday in Osogbo between adherents of two faiths who had been at loggerheads since June.

Members of one of the groups on street parade were reported to have attacked the other group on June 27 while the latter were saying their prayers by the roadside.

Lives and properties were lost during the face-off. Police held meetings with representatives of the two groups, made some arrests and arraigned seven suspects whom the courts granted bail in the sum of N1 million each on Monday.

Commissioner for Culture and Tourism, Obawale Adebisi, led an official delegation to the palace of Araba of Osogbo, Chief Ifayemi Elebuibon, in Osogbo on Wednesday.

He enjoined the two groups to embrace peace as it was the only panacea to the growth and development of the state, while also admonishing them to cooperate with the state government to resolve the conflict amicably.

He assured that the state government would invite the two groups to a roundtable settlement for peace to reign and to shun any violence or protest that would further escalate the tension.

Adebisi also assured that the state government would continue to protect the customs and traditions of the people.

Earlier, APC Chairman in the state, Adegboga Famodun, said government was working to bring the issue to rest through dialogue.

Famodun also assured that overtures would be made to the other party almost immediately.

Responding, the Araba of Osogbo commended the state government’s overture and said he believed that justice would take its due course.

He stressed that all adherents, regardless of faith, should be free to adopt their mode of worship.

Elebuibon called on his followers to embrace peace and live in harmony with other religious worshippers.