Nigeria’s break-up a must – Primate Ayodele 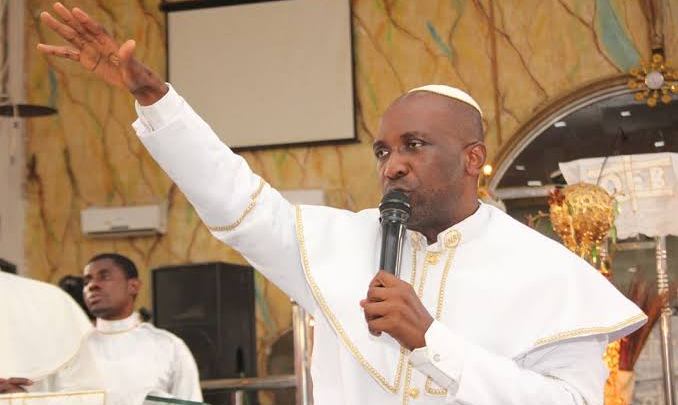 Primate Elijah Babatunde Ayodele of Inri Evangelical Spiritual Church has again restated his prophecy on Nigeria’s imminent break up but added that the nation’s disintegration would be bloodless.

The foremost seer made this known in Lagos yesterday during the launch of the 2021/2022 edition of the “Warnings to the Nations,” a compendium of prophecies for countries of the world.

Ayodele who revealed that Nigeria would cease to exist as a nation between 2035 and 2040 said the disintegration of the country would be without bloodbath and added that neither the leader of the Indigenous People of Biafra (IPOB), Nnamdi Kanu, nor the Yoruba nation agitator, Sunday Adeyemo, a.k.a Sunday Igboho would spearhead the nation’s break up.

“The fact remains that Nigeria cannot survive till 2040; and neither Nnamdi Kanu nor Sunday Ighoho would spearhead the breakup of Nigeria. But the fact remains that whether the government likes it or not; whether any section of the country wants it or not, this country cannot be together till 2040,” Primate Ayodele revealed.

“Unless past Service Chiefs are probed, Nigeria’s security challenge will remain. But who are those to probe them? The problem is that corruption remains the bane of our fight against insecurity. I pray that God will open the eyes of the president so that he will be able to do the right thing. I commend the military for doing their best. But the fact is that we need to get it right. Tribalism, nepotism, favouritism are other factors militating the fight against insecurity,” he said.

On 2023 general elections, Primate Ayodele dismissed the threat that there would be no elections in 2023, saying that the election could, however, be moved forward.

On the rumoured presidential ambition of former governor of Lagos State and the national leader of the All Progressives Congress, Bola Ahmed Tinubu, the Servant of God ruled out the chances of the former governor taking over from President Buhari.

“Tinubu taking over this country from Buhari is going to be another disaster. The best Tinubu should do for himself is to keep away from politics now. Tinubu cannot become the president of this country. APC will not even give him the chance,” he revealed.

Primate Ayodele, however, foretold that there are more troubles ahead for the leading opposition party in the country, Peoples Democratic Party, PDP, saying that two more governors would desert the party for the ruling party to worsen the crisis rocking the party.

“If the elections were to hold today, APC would definitely lose out, but the question is does PDP have the right candidate for the election now? Nigerians are definitely tired of the APC, but the PDP does not have anybody, it’s only if the PDP can present a credible person.