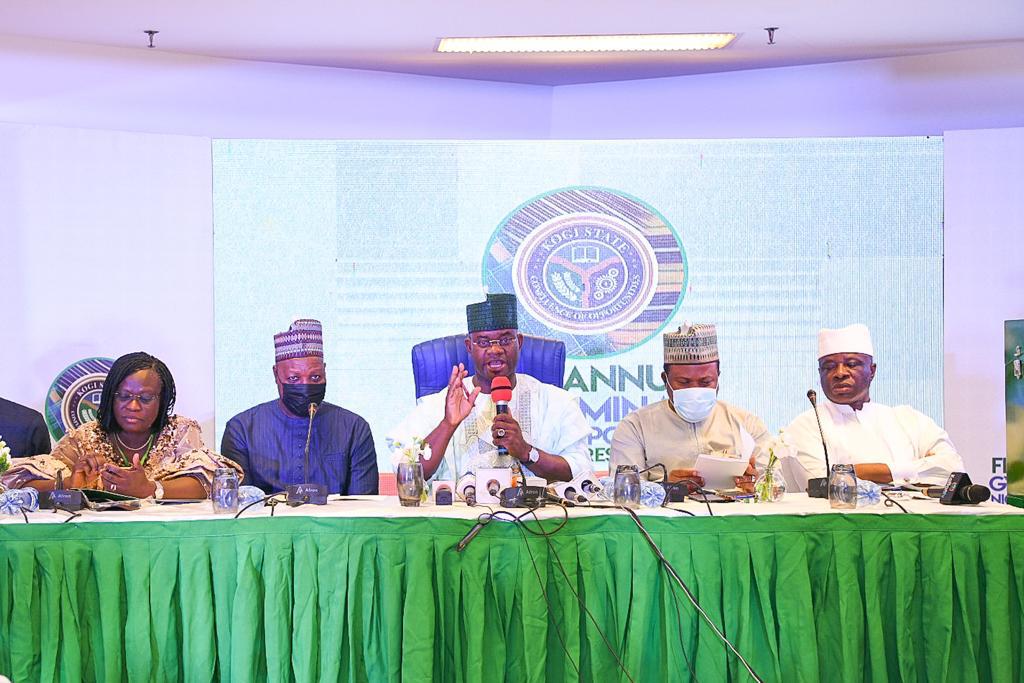 Gov. Yahaya Bello of Kogi has described the clamour for rotational presidency as unconstitutional, saying that Nigerians should be allowed to make their choices for the best candidate to emerge for the top post.

Bello was speaking at the maiden edition of the Governor Yaya Bello seminar for political and crime correspondents in Abuja on Friday.

He argued that the criteria on who should be Nigeria’s next president should be centered on someone who would unify the country and solve the problems plaguing the nation.

Bello pointed out, however, that if rotational presidency was to be considered, it should be done with equity, fairness and justice, noting that the Middle-Belt and the Southeast had not held the position since 1999.

The governor argued further that if zoning was to resolve the problems of Nigeria, the previous presidents would have completely solved the problems in the zones they had represented.

“When we are talking about democracy today, democracy is all about free choices. Give the majority the free will to choose whoever they want. Let political parties not limit Nigerians to who they want to elect into offices.

“When you look at it, I think it is unconstitutional. It is not in our APC party Constitution and it is not there in the 1999 Constitution.

“Today, if you are sick and need to be operated upon, you will want the best doctor to operate on you. It’s not where the doctor comes from or the religion he practices that matters.

“Put that aside, if we should continue on the sentiments of this rotation of the presidency, from that region to this region, then let us do it perfectly in the interest of equity, fairness and justice.

“If that is the angle you want to come from, let us put it on the table and look at it and we should not just take it from 1999, let us go back to 1960 from independence when Nigerians started ruling themselves.

“You will discover that other geo-political zones as they exist today, have at one time or the other occupied the position of the presidency — either as president or vice-president.

“If we should go by that, then the North Central has been largely short-changed. Then let us focus on North Central.

“But if you take it from 1999, then you are talking of the North Central and the Southeast. I continue to emphasize that the best candidate should be allowed to emerge.

“The candidate should be someone, who will unify this country, solve the problems we are facing today, build on the legacies that Mr President will leave behind.”

The governor also urged Nigerian youths to get involved and take charge just like their counterparts across the globe, “who are driving the modern world’’.

The President of the Nigeria Union of Journalists, Mr Chris Isiguzo, said that gathering journalists from across the country for the seminar was a step in the right direction.

He said that the Bello administration had been able to transform Kogi from “the decrepit point where he met it to the pinnacle point where the state sits today.

“What is happening today is one of such initiatives coming from Kogi State.

“This should be the first time in the history of this country for a governor to come, not just to talk to journalists but to empower them by building their capacity and equipping them to report Nigeria for Nigeria.”

Isiguzo urged journalists to undertake their reportage with patriotism and place the country above other considerations.

Dr Folashade Arike Ayoade, Secretary to the Kogi State Government, said the seminar was meant to be a moment of sober reflection on issues bedeviling the nation.

She pointed out that the seminar would give participants insights into how Kogi was tackling challenges affecting the state.