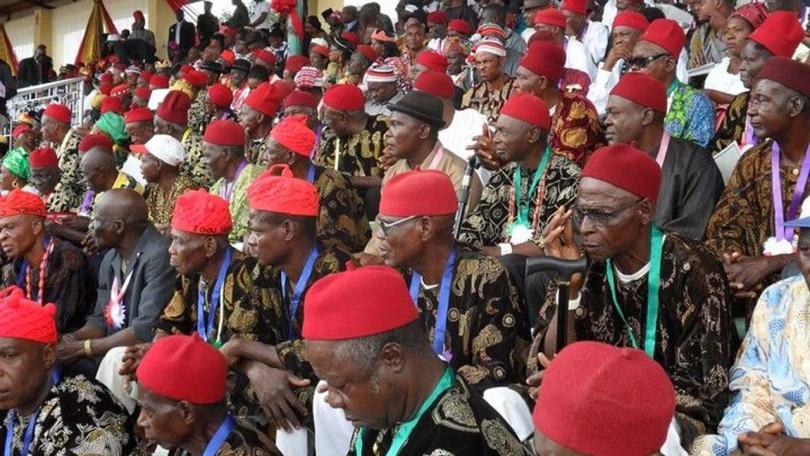 Apex Igbo cultural group Ohanaeze Ndigbo South West chapter, has again called on the Federal Government to heed the calls by various groups in the country on the need to restructure Nigeria to true federalism.

It also reiterated the call for the Federal Government to ensure peace among all the ethnic nationalities of the country, by ensuring equity and fairness in the distribution of appointments in the governance of the country.

President, Ohanaeze Ndigbo, South West, Mathew Nwankwor, at a recent meeting of the group in Akure, Ondo State, renewed the demand for the rotation of the president to the South East in 2023, saying it remains the only geopolitical zone of the country that has not produced the president of Nigeria since 1999.

He enjoined the Igbo in Ondo State to ensure peace and cordial relationship exists between them and also with their host communities.

Nwankwor thanked Governor Rotimi Akeredolu and his wife as well as the state government for their good works and providing a conducive environment for the Igbo to do their businesses.

President of Ohanaeze Ndigbo in the state, Chuks Ezechiefoh, who also is the secretary general of the body in the South West, commiserated with the Ohanaeze Ndigbo Ondo on the death of its Legal Adviser, Emeka Ugwu and prayed God to give the immediate family and Ohanaeze Ndigbo South West, in general, the fortitude to bear the irreplaceable loss.