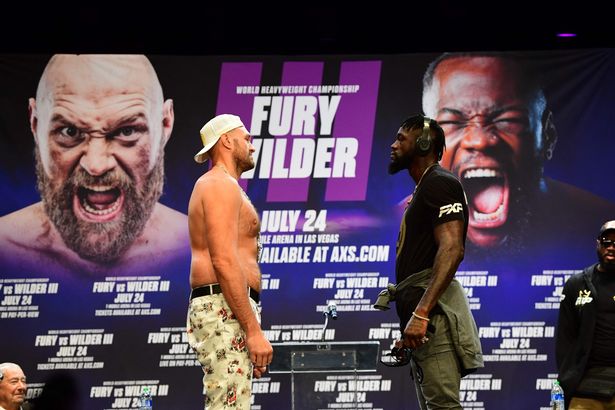 Tyson Fury’s camp is jeopardizing the World Boxing Council heavyweight champion’s trilogy fight against Deontay Wilder on July 24 due to the COVID-19 outbreak, according to a report monitored on Thursday.

The US sports broadcaster, which has joint pay-per-view rights to the bout with Fox, said no official determination had yet been made but cited unnamed sources in saying the fight would “inevitably” be postponed.

Fury has promised to deliver a swift victory over America’s Wilder in the fight at T-Mobile Arena in Las Vegas.

He handed Wilder a brutal beating in seven one-sided rounds in their second fight in February 2020.

Their first fight, in December 2018, ended in a controversial split-decision draw in which Fury was knocked down twice. Fury had been preparing for a money-spinning unification bout against fellow Briton Anthony Joshua, the WBA, IBF and WBO heavyweight champion until a ruling by a judge in May that he was contractually obliged to face Wilder for the third time